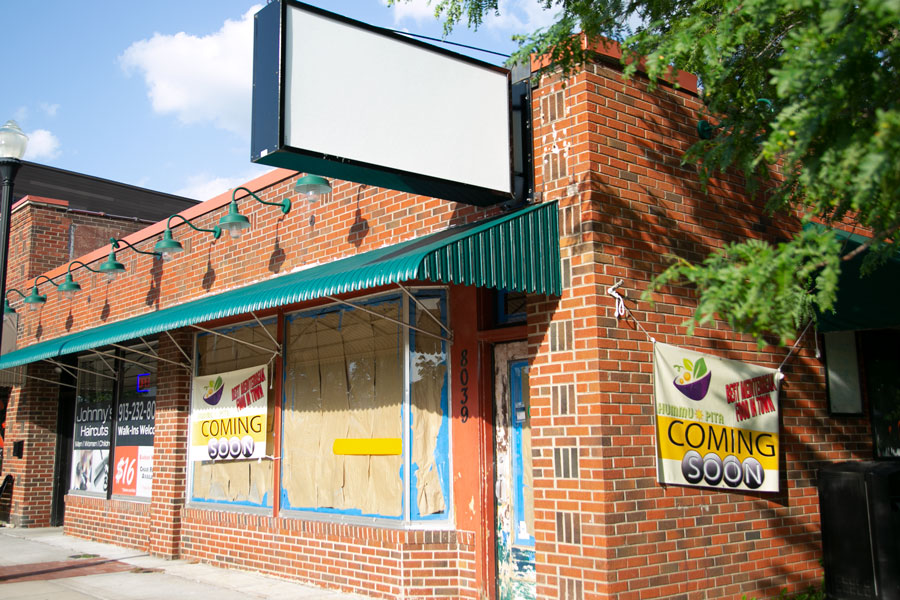 Hummus and Pita, a new Mediterranean restaurant, is gearing up to open in the space in downtown Overland Park occupied until recently by Snack Shack.

Why it matters: The brick storefront at 8039 Santa Fe Drive, on the corner of Thompson Park is still associated for many with Snack Shack, which called the cozy space home for 10 years while gaining a large and loyal following.

Hummus and Pita’s story: Dhiaa Eid, former partner and cook at nearby Sinbad’s Grill off Metcalf Avenue in Overland Park, is the owner of this new Mediterranean restaurant.

The menu: Eid plans to feature a number of staple Mediterranean dishes, including (of course) hummus and pita.

Key quote: “I have a rule I always follow: any customer who walks in and they ask about the quality of food, my rule is, ‘If you don’t like it, don’t pay for it,'” Eid said. “When it comes to the hummus, because that’s like the top, I literally say to people, ‘If you ever had hummus like this before, I swear to God I’m not charging you for it.’”