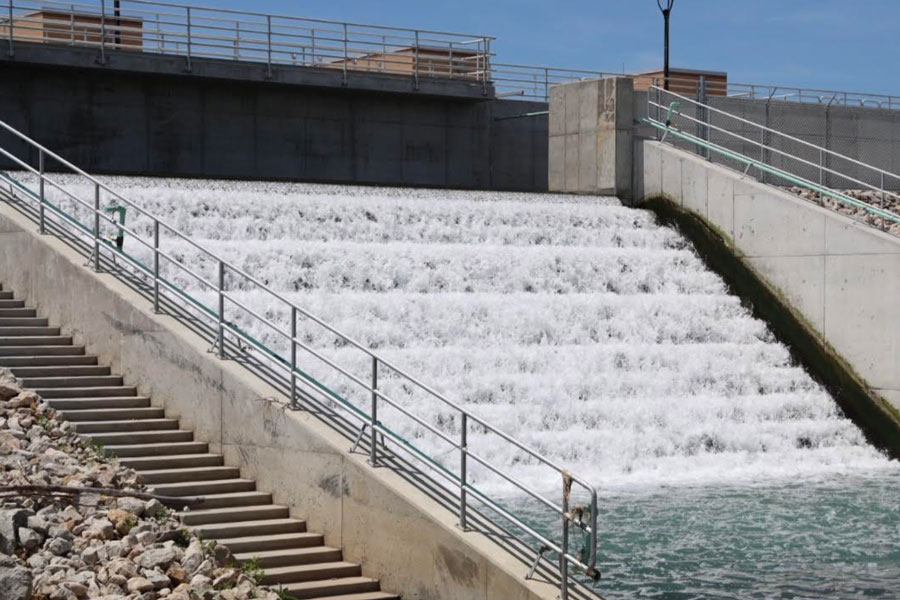 Johnson County handles roughly 60 millions of wastewater daily. Above, water heads back out to the creek after going through treatment at the newly expanded Tomahawk Creek Wastewater Treatment plant in Leawood. Photo by Lucie Krisman

What’s going on? The two facilities, the Tomahawk Creek plant in Leawood and the Myron K. Nelson facility in Mission have both needed updates for years.

Bigger picture: Don’t worry if you don’t spend a lot of time thinking about the county’s wastewater system. (That’s kind of the point.) But you should know:

Here’s more about what these two major projects will do to impact the county’s wastewater system:

What are these projects and what do they cost?

How will these projects help?

How much wastewater do they handle?

How has population growth affected this?

Will there be more upgrades or facilities built?

How much do residents pay for this?