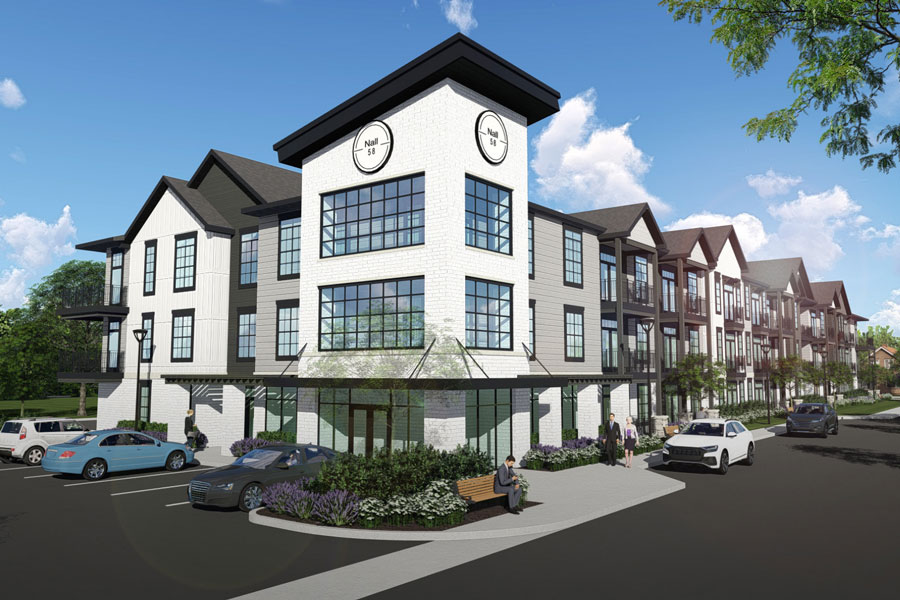 The Mission City Council on Wednesday approved a preliminary development plan for an apartment complex proposal at 58th Street and Nall Avenue. Image via city documents.

The Mission City Council on Wednesday approved a preliminary development plan for a multi-story apartment complex off 58th Street and Nall Avenue, just off Johnson Drive near the heart of the city’s downtown area.

What is it? Overland Park-based Moffitt and Associates wants to build the project dubbed 58Nall, a three-story, 77-unit complex, on the site of the former Sunflower Medical Group office buildings.

Council vote: The city’s planning commission ultimately approved the project by a 6-1 vote, recommending the rezoning request and the preliminary development plan for approval to the city council.

Bigger picture There are 19 apartment buildings in the city of Mission, the most recent of which, The Locale, opened in 2020, according to city documents. Before that, the Silverwood Apartments were the last ones built in the city in 1986.

Why this project? Still, Councilmember Hillary Parker Thomas noted in her comments that the 58 Nall project conforms with plans and design guidelines detailed in the staff report.

Another key quote: “The need for housing in Johnson County is well documented and this is, I think, a worthy addition for existing housing stock,” Thomas said. “I will continue to turn my attention to the existing housing stock we have and the needs for improvements in those — rather than be worried about new apartments, because I look forward to the new residents that will soon be living there and adding to our tax base.”

What’s next: The city council asked developers to reconsider a couple of items including the placement of a small dog park and sharp turns on sidewalks.