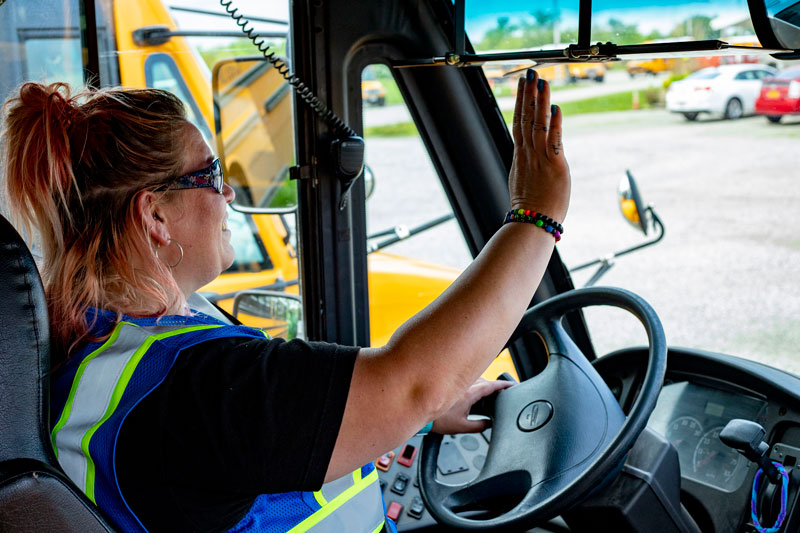 Once again, the Shawnee Mission School District is finalizing bus routes for the upcoming school year, and families must decide whether they want to use the service or not.

Register now: The district has opened up bus enrollment for the 2022-23 academic year, and families can register their children has bus riders here.

Key quote: “We also encourage families to let their building principal know of interest,” Smith said. “When we hear of the growing interest, we have worked in prior years to offer surveys to the school community to help identify enough families interested in starting a bus route for the attendance area.”

The process: Each summer, the district works with its transportation provider, Shawnee-based DS Bus Lines, to create routes for the upcoming school year based on interest from families and students, Chief Communications Officer David Smith said.

What it takes for a new route to be created: Though most routes are generally the same from year to year, some new routes can be created and others may be eliminated.

Three routes cut last year: There were three elementary bus routes that existed prior to the 2021-22 school year that were not created due to a lack of riders, Smith with SMSD said.

What it costs: Shawnee Mission spent more than $14.2 million on transportation during the 2021-22 school year, according to a recet district presentation to the school board.

One parent’s concerns: Jennifer Falk, a Shawnee Mission mother, said she noticed her daughter excelled in fifth grade at Prairie Elementary as a bus rider — it provided a sense of regularity and responsibility to get to the bus on time, she said.

Key quote: “If you have kids in three different schools, not everyone gets into that situation but when you do it’s really hard on your car because it’s not highway miles,” Falk said.