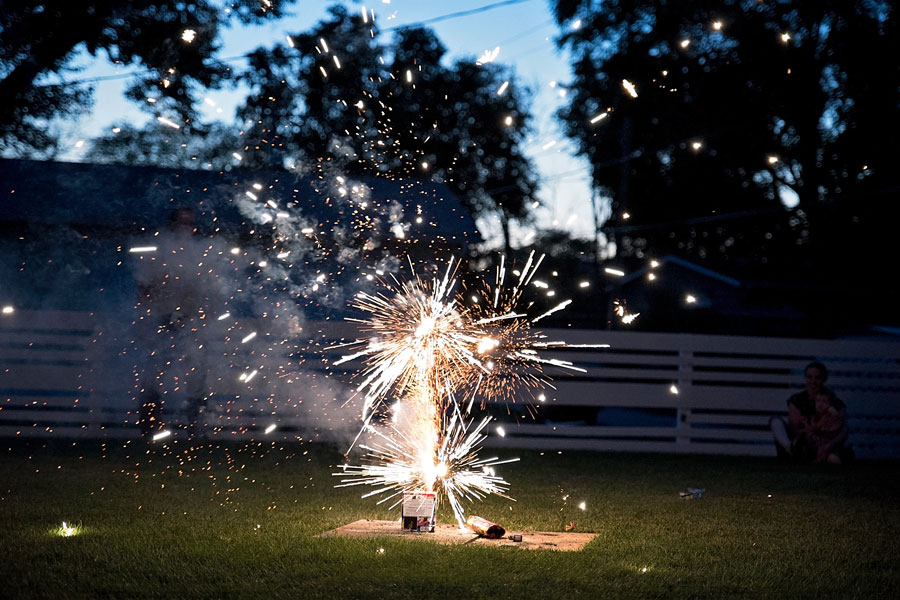 The ordinance will allow up to five retail spots for fireworks sales within city limits between June 27 and July 5. Image via Shutterstock.

Starting next year, Shawnee can host five retail fireworks sale locations and will give preference to city businesses and residents for sale permits.

What happened? The Shawnee City Council on Monday night unanimously approved amendments to the city’s fireworks ordinance, passed May 9, that clarify rules governing the sale of fireworks in the city, which the ordinance authorizes to start next year.

Details: According to council documents for Monday’s meeting, the amendments do the following:

Permit lottery: Assistant City Manager Caitlin Gard said a business had approached the city about possibly buying a building for selling fireworks, “but they’re not interested in doing that unless they’re ensured a lottery spot every year.”

Councilmembers’ thoughts: Ward 4 Councilmember Jill Chalfie said she didn’t “feel great about guaranteeing an annual permit because somebody has a brick and mortar store, because they may turn out to be the worst of the five vendors that we had … and now we’re sort of locked in to awarding them a permit every year.”

Possible storage risks? A councilmember asked Shawnee Fire Chief Rick Potter what the risk to the surrounding community would be of having fireworks in a building. Potter said he would defer to the fire code and Deputy Chief Corey Sands.

Going forward: Gard said the city had used social media and sent a direct mailer to residents about coming fireworks sales and developed educational material for the fire department to hand out at all community events they attend.

Using fireworks: The new fireworks ordinance authorizes the use of fireworks only on July 3 and July 4 until 11 p.m.

Learn more: A recording of Monday’s meeting is on the city’s website. The fireworks discussion starts at 2:09:49.