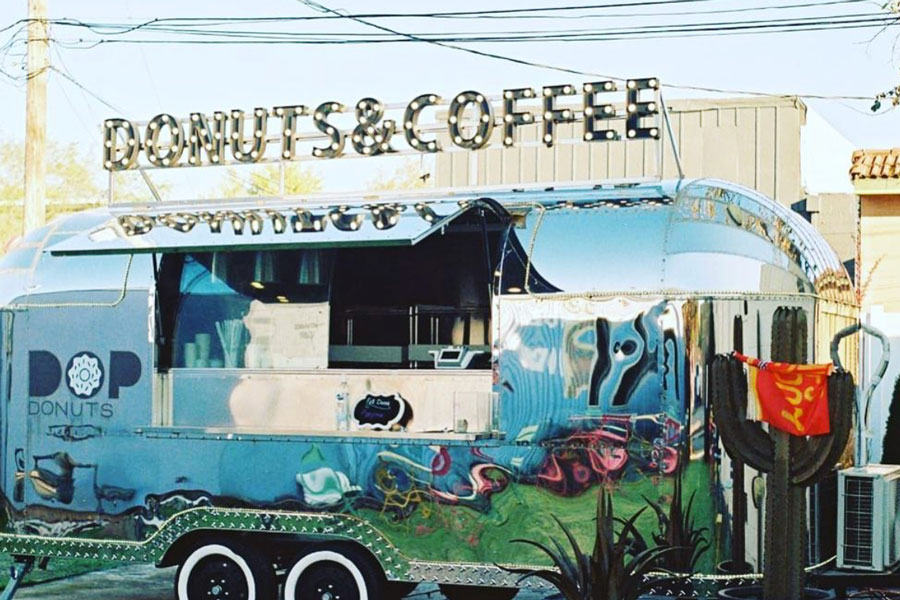 The city and outdoor donut shop DOP Donuts have another month to reach an agreement after the Overland Park Planning Commission opted for a continuance on whether the shop's special use permit should be approved. Image from DOP Donuts Instagram page

The long-term future of DOP Donuts in downtown Overland Park remains up in the air, though the city says the shop can still sell donuts for now out of its Airstream trailer as it continues to seek renewal of a special use permit that allows it to do so.

What’s going on? At its meeting Monday, the Overland Park Planning Commission didn’t take any action on DOP’s special use permit renewal and instead opted to revisit the matter next month as the city and shop’s owners continue to work out a solution to the permit impasse.

How did it get here? The city originally approved a special use permit for the donut trailer at 7512 80th Street in 2019, which at the time served as a “creative use,” according to the city.

What DOP says: At Monday’s meeting, DOP Donuts owner Travis Lindemoen told the commission that the shop’s staff does not have the means of moving the trailer at the agreed-upon times.

How the commission responded: In addition to some residents who showed up in support of DOP at Monday’s meeting, some commission members agreed the donut shop benefits downtown Overland Park.

What’s next? The renewal of DOP Donuts’ special use permit will come back for potential approval at the commission’s July meeting.