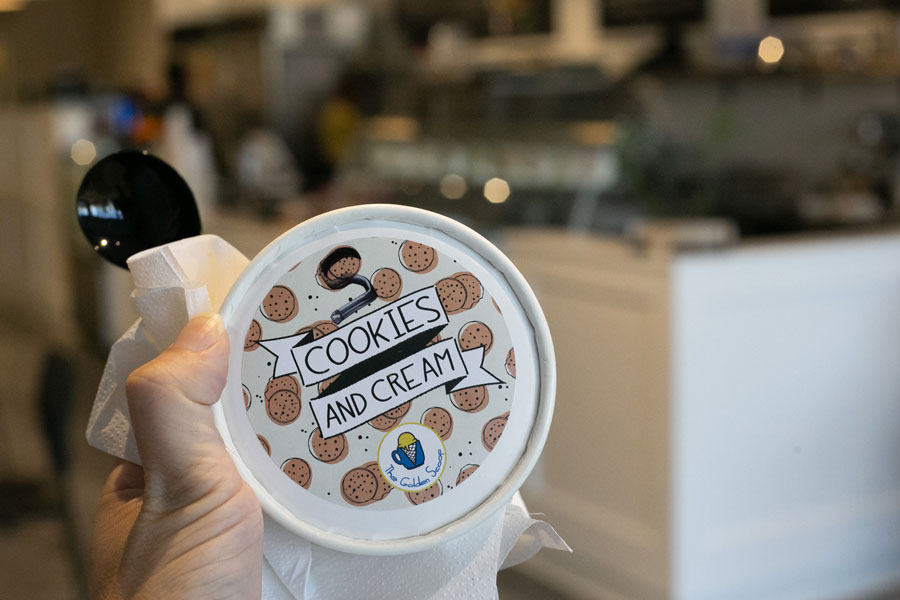 The Golden Scoop was named the best ice cream shop in Kansas, according to review site Yelp. File photo.

The Golden Scoop, an Overland Park ice cream shop that opened last year and has quickly earned a following for not only its sweet frozen treats but also for its mission to fully employ adults with developmental disabilities, has a new accolade.

What happened: The Golden Scoop has earned recognition as the best ice cream shop in Kansas, according to review site Yelp’s 2022 list of “best ice cream in every state and province.”

Key quote: “We are honored to be recognized as the best ice cream shop in Kansas,” co-owner Lindsay Krumbholz said. “We are grateful for the support of our community that have contributed to our success, and how they have embraced our mission in employing people with unique abilities.”

A day to celebrate: Yelp released their list of the best ice cream shops across the country just in time for National Ice Cream Day on July 17.