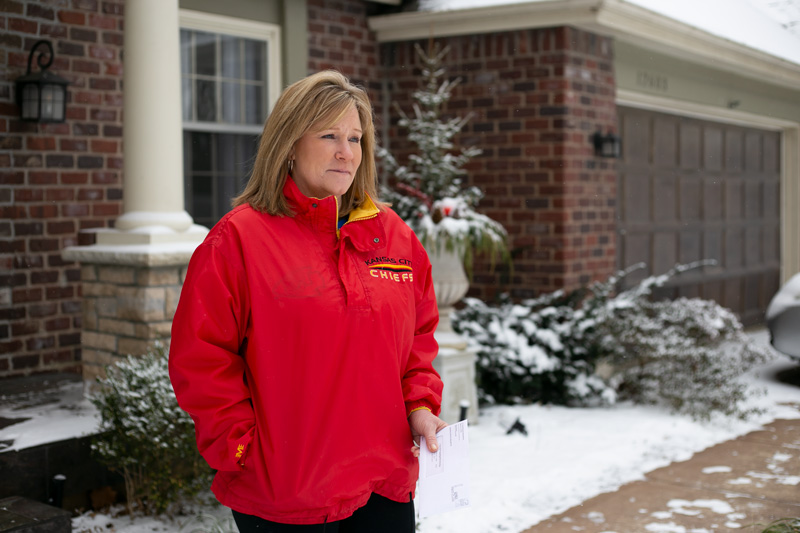 Somebody used Suzanne Sanders' name and Lenexa home address to secure more than $9,000 in federal pandemic relief aid, and now Sanders gets monthly reminders from the Small Business Administration to pay the money back. File photo credit Leah Wankum.

Kansans who have been victims of pandemic relief-related fraud, including some Johnson Countians, may soon have a longer window in which to potentially seek justice.

What happened: On Wednesday, the U.S. House of Representatives passed two bills co-sponsored by Democratic Rep. Sharice Davids that extend the statute of limitations on two particular types of pandemic-era fraud cases.

Why it matters to Johnson County: As first reported last year by the Shawnee Mission Post, nearly $1 million in fraudulent pandemic relief loans were taken out under the names of Johnson County homeowners during roughly the first year of the pandemic.

How the bills work: The House passed two bills — the PPP and Bank Fraud Enforcement Harmonization Act and the COVID-19 EIDL Fraud Statute of Limitations Act of 2022.

What it changes: Without these two measures, many PPP and EIDL fraud cases are considered wire fraud and only have a statute of limitations of five years.

Key quote: “These bipartisan bills will provide federal, state, and local law enforcement agencies with ample time to identify and prosecute fraud,” Davids said in a taped message. “We can’t let up on our oversight of taxpayer dollars and I’ll continue to target waste and abuse in the system where possible.”