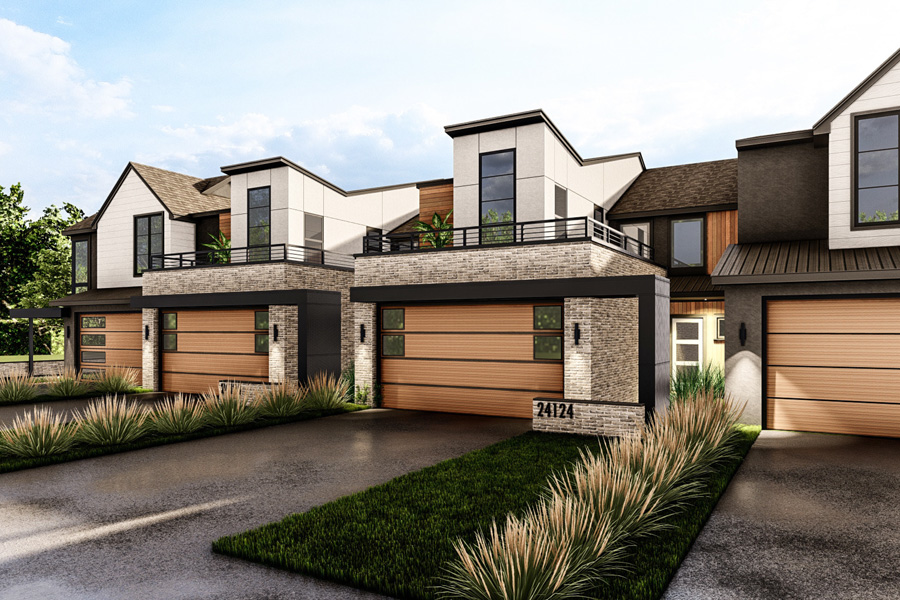 A rendering of the townhomes in the Villas of Vista Village project presented to the Lenexa City Council earlier this year. Image via Lenexa city documents.

The Lenexa City Council unanimously approved an ordinance this week creating a tax increment financing district for the proposed Villas at Vista Village mixed-use development at the southwest corner of Prairie Star Parkway and Valhalla Road.

What’s the project? Villas at Vista Village is part of the broader proposed Vista Village mixed-use development at the southeast corner of Prairie Star Parkway and Ridgeview Road, just west of the future site for the city’s planned new justice center.

What is TIF? Tax increment financing is a public financing tool through which a private developer of a blighted property is reimbursed for eligible development and infrastructure costs using the increment of new property or sales tax revenue generated by the development.

What was approved this week: At its meeting Tuesday night, the city council unanimously passed a resolution approving Villas at Vista Village’s redevelopment plan, which grants the developer, LUXE LLC, $5 million in public reimbursable TIF for the project.

A growing Lenexa: The Vista Village project site is located in a high-growth area as Lenexa develops westward, with the completion of Ridgeview Road, the planned new justice center and new residential neighborhoods built in recent years.