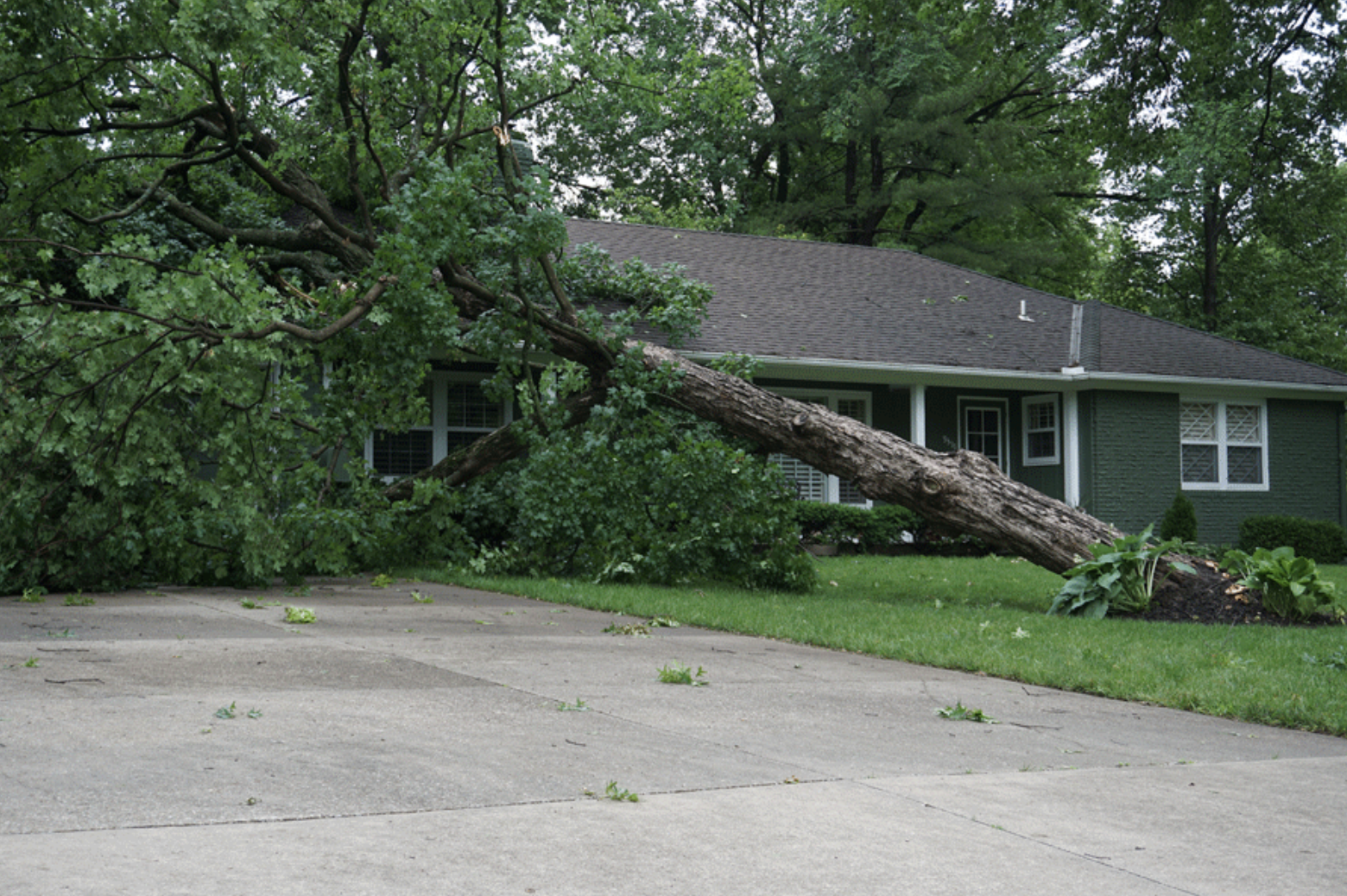 An overturned tree in front of a home in Leawood near 95th Street and Manor Road Wednesday morning. Photo credit Nikki Lansford.

What happened: A powerful line of storms barreled through the Kansas City metro early Wednesday morning, producing at least one tornado in Johnson County.

In Overland Park: Officer John Lacy, a spokesperson for the Overland Park Police Department, says some damages occurred in Overland Park too, from Quivira Road to about Mission Road and from West 90th Street to 103rd Street.

Siren test canceled: As a result of last night’s storm, the Johnson County Division of Emergency Management will not be conducting its regular test of the outdoor warning siren system previously scheduled for Wednesday.

Potential scams: Johnson County District Attorney Steve Howe also sent out a release this morning warning residents not to fall victim to insurance and home repair scams arising in the wake of the storm.