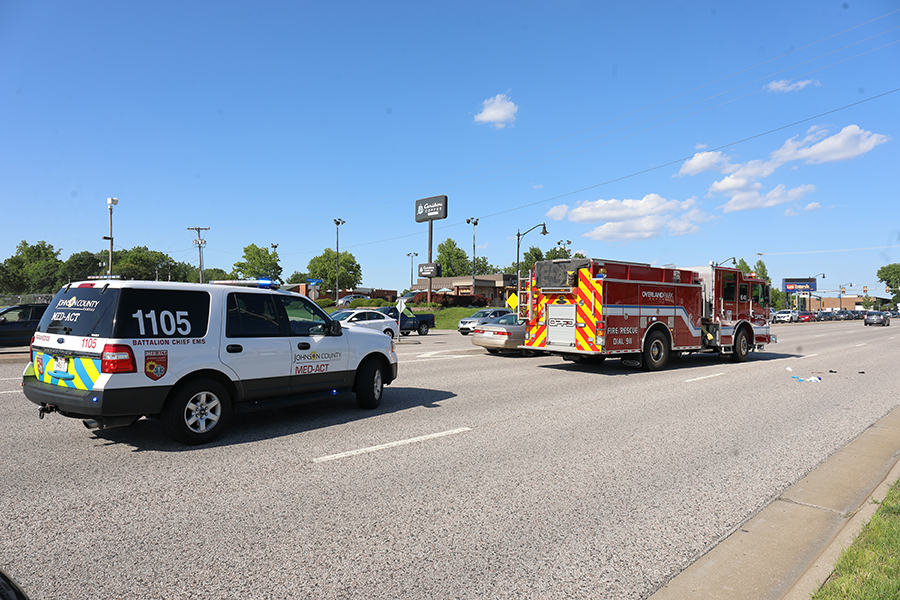 The Overland Park Fire Department and a Johnson County Med-Act Battalion unit were on the scene following the accident. Photo credit Mike Frizzell.

Merriam Police say a man was hit by a pickup truck as he tried to cross Shawnee Mission Parkway during rush hour Friday evening.

The crash occurred about 5:10 p.m. in the eastbound lanes of Shawnee Mission Parkway between Interstate 35 and Antioch Road.

Merriam Police Officer Jordan Berry says a man was crossing from north to south near Slater Street when he was clipped by the front fender and driver’s side mirror of the eastbound Ford F-250 pickup truck. Berry says witnesses reported that the truck ran over the man’s left leg.

Berry says the man has a broken leg, but his injuries are considered non-life-threatening.

The driver of the truck and several witnesses stopped to help the man.

Police closed two eastbound lanes of Shawnee Mission Parkway as they investigated the scene. All lanes reopened at about 5:40 p.m. 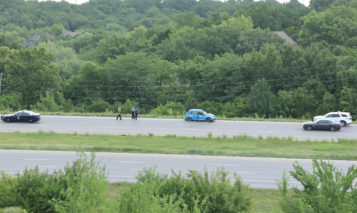 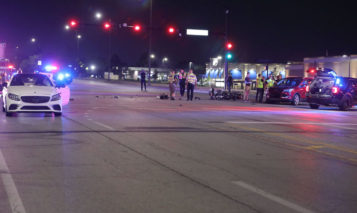 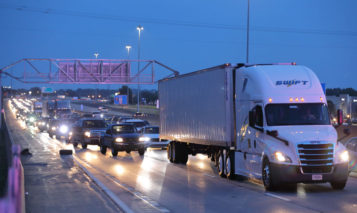 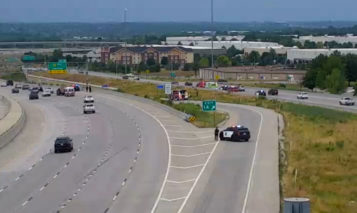