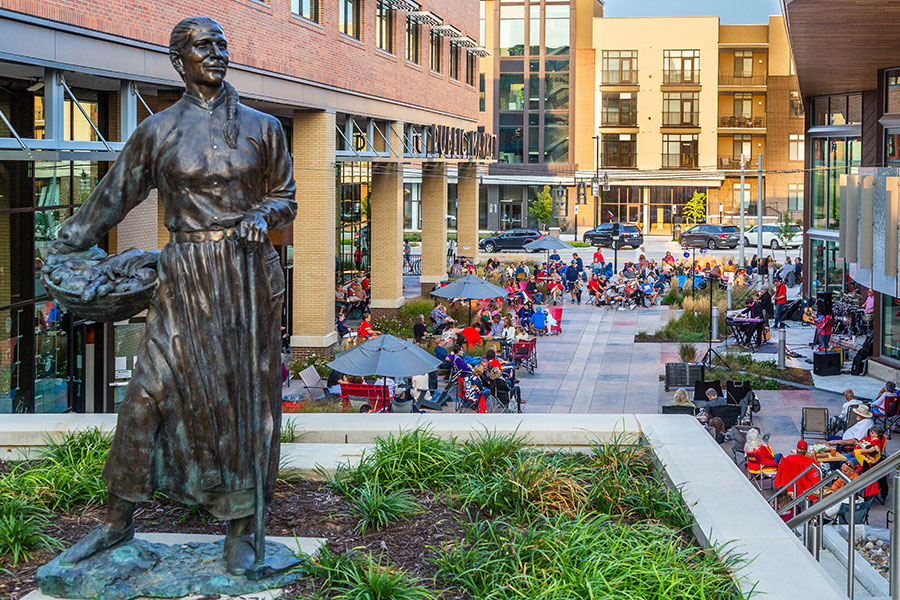 Lenexa saw its population increase by nearly 1,000 in the year following the decennial census, according to new data from the U.S. Census Bureau. File photo courtesy City of Lenexa.

New data from the U.S. Census Bureau suggests Lenexa has been adding population at a much faster clip than its neighbors in Johnson County since the decennial census of 2020. In fact, as Lenexa saw its population increase by nearly 1,000 residents, a number of Johnson County cities saw their populations slightly decline.

What the data shows: The new figures are part of the Census Bureau’s Population Estimates Program, which provides updates on the populations of cities, counties and states on an ongoing basis. The new data released late last month give updated estimates through July 1, 2021.

Other Johnson County cities’ rates of population change were:

Why Lenexa? Much of the increasing population can be connected to Lenexa’s burgeoning City Center and the new housing developments to its west. In 2018, the Shawnee Mission School District opened Lenexa Hills Elementary in the area to accommodate the growing number of school-aged children.

Keeping an eye on the trend: Johnson Countians will have to wait a while to find out whether the slight dips in population were an anomaly or part of a trend. The Census Bureau’s next update, which will show figures through July 1, 2022, isn’t scheduled to be released until May 2023.