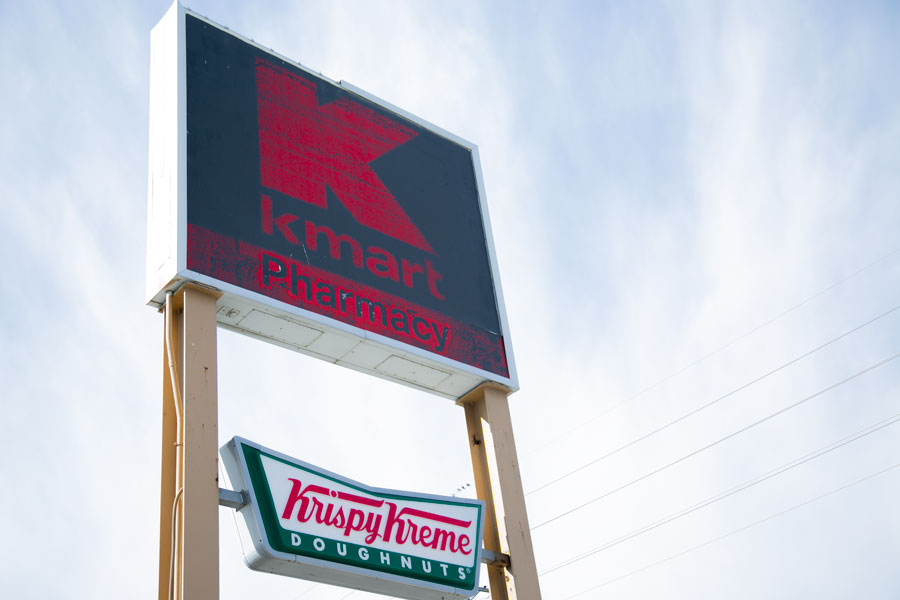 Developers failed to pay delinquent taxes on the long-vacant Kmart site in Merriam by the city-imposed June 1 deadline. File photo.

This story has been updated to clarify the ownership structure of the properties involved. Block & Company does not directly own the Kmart or Taco Bell properties.

Delinquent taxes on the the long-vacant Kmart site remained unpaid on the June 1 deadline Merriam officials had set for developers to get a tax incentive for the revitalization of the Taco Bell property across the street.

County records show taxes stopped being paid on the property in 2019 and that the total amount currently due is more than $150,000. Not only is the sale of the Kmart property — and its subsequent redevelopment — contingent on the property being current on taxes, so is the Taco Bell redevelopment across the street at 8800 Shawnee Mission Parkway.

Why now? Block & Company, which is involved in plans for the redevelopment of both properties, emailed the city and requested an extension that would generally mirror the timeline of the Merriam Grand Central Station process, City Administrator Chris Engel told the Post via email.

Background: Merriam North Bell LLC, an affiliate of Block & Company, is redeveloping the site of the former Taco Bell into a Chipotle. The Merriam city council approved a $300,000 TIF incentive for the site in January, a month after councilmembers pressed developers on the delinquent taxes at the Kmart property. Block manages or represents both sites but does not own them.

What’s next: Engel told us via email that Block & Company is tentatively scheduled to formally request the extension at the June 13 city council meeting.

Key quote: “The deadline is clear,” Councilmember Whitney Yadrich told the Post via text. “It was clear in January when Block & Company agreed to it. It was clear to the council when we approved it. It was clear to the news outlets that reported it. Asking for an extension mere hours before the due date is messy and disrespectful. Merriam citizens deserve community partners who handle their business, and I’m hopeful that’s what happens during the council meeting on June 13.”