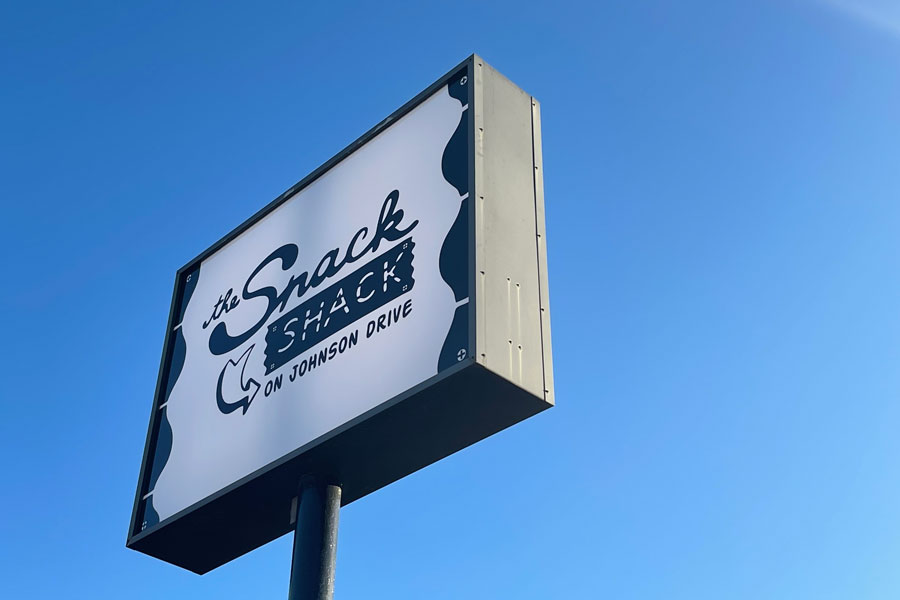 The sign outside of The Snack Shack on Johnson Drive is officially considered historically significant, following a Mission planning commission decision. File photo.

The Mission Planning Commission has approved The Snack Shack on Johnson Drive’s request to grant the diner’s decades-old sign a designation of historic significance.

Why it matters: The approval essentially amounts to bragging rights for one of downtown Mission’s newest businesses and ensures Snack Shack can continue using the sign, which previously carried the name of Town Topic.

The history: Originally, the diner site started out as a Wichita-based Valentine Diner. There’s a historical structure plaque inside the restaurant to prove it, according to city documents.

Snack Shack’s request: Given the decades of history as a burger joint, Snack Shack put in an application for a sign of historic significance designation with the city.

Key quote: “Snack Shack continues to offer a nostalgic vibe that fits nicely within Mission’s unique culture,” owner Rayna Andrew-Tolle wrote in the historic signage application. “It is the eclectic look and feel of the downtown Johnson Drive corridor that brings people here to enjoy the city of Mission.”