One exhibit is titled King Louie, which will explore the rich community-based history of the building currently housing the museum and the Johnson County Arts and Heritage Center. The other exhibit is a behind-the-scenes look at how and why the museum collects and is currently untitled, but is being referred to simply as the Collecting Exhibit. Both exhibits are located in JCAHC’s Creative Commons area which is free to enter and open during the center’s regular hours.

“This exhibit builds on a digital touchscreen-based exhibit that was here when the JCAHC opened in 2017. This version is a more permanent display that is designed to catch visitors’ eyes and invite them to engage with the building’s rich history.”

The building originally opened as King Louie West bowling in February 1959, and the ice chateau was added in 1964. The facility closed in 2009, after operating for nearly 50 years.

“The King Louie exhibit features images of the building in use, as well as graphic representations of advertisements and such,” Gustafson said. “Because the Creative Commons is not closely climate controlled, there are limits to the types of objects we can display there and for how long those objects could remain on display. Since this exhibit is semi-permanent, we upped the production value in graphic design!”

The collecting exhibit, also in the Creative Commons, will help mark the museum’s 55th anniversary this year.

“The Johnson County Museum recently earned national accreditation from the American Alliance of Museums,” said Museum Director May McMurray. “As a newly-accredited museum, we wanted to share with the public more about how we approach collecting. This exhibit is educational in nature, and provides information about the museum’s collecting plan, our goals and collecting holes, and what it means to collect something. This exhibit is also fun. It is designed to look like a cabinet of curiosities and is filled with artifacts from the museum’s collection. Although they appear random, each artifact helps tell part of Johnson County’s history. In total, nearly 70 objects from the museum’s collection (including many that are rarely on public display) are graphically featured on the exhibit wall. Visitors who want to know more about the curiosities from the collection can visit the exhibit webpage that includes additional details about each item.”

“Ryanne researched the collection, how the museum has collected over time, and helped choose the artifacts that are pictured in the graphic design,” he said. “They wrote the exhibit script, and helped make the exhibit schedule. This is a culminating project for their two-year internship; a big, real-world project. I know that Ryanne was very excited to have this opportunity to work on a project from start to finish, and the staff is so proud of the work they have put in on this project and so many other facets of the internship.”

The Emerging Museum Professional Internship has been supported by the Johnson County Museum Foundation, with initial philanthropic support from JE Dunn Construction.

Museum staff and their design partners, Producing Artistic Director for Theatre in the Park Tim Bair and JCPRD Graphic Designer Justin Border, have been working on the King Louie and collecting exhibits for most of the year. The King Louie exhibit is expected to remain on display for five years or more, while the Collecting Exhibit will be up through the end of 2022. For more information about both temporary exhibits, visit jcprd.com/1865/Special-Exhibit-Collecting.

The museum’s Free Day on June 11 is a drop-in event where patrons of all ages can come and go as they please between 9 a.m. and 4:30 p.m. This quarter’s Free Day also includes JCAHC’s first-ever Juneteenth at the Johnson County Arts & Heritage Center event from 10 a.m. to 1 p.m., which is meant to honor the history and celebrate this holiday with art, music, food, and more! The Free Day also includes free admission to the museum’s special exhibit, REDLINED: Cities, Suburbs, and Segregation. 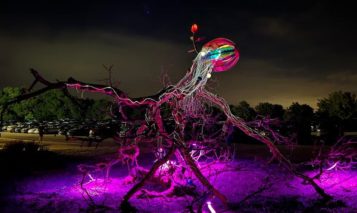 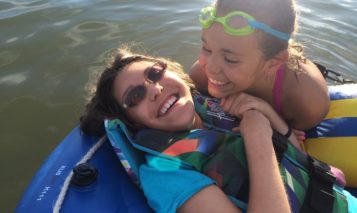 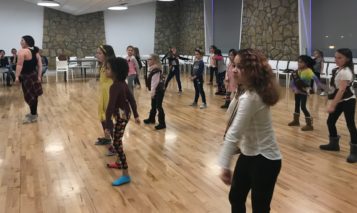 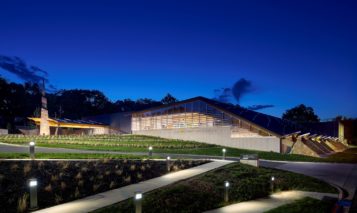