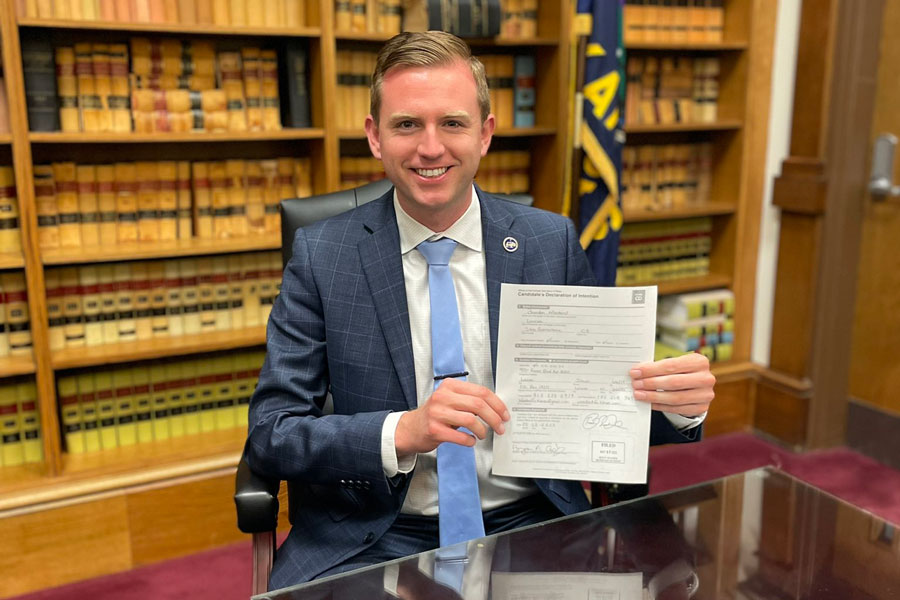 Democratic state Rep. Brandon Woodard of Lenexa has filed to run for reelection in a new state legislative district.

Why now? As a result of new GOP-drawn congressional and state legislative maps, which the Kansas Supreme Court upheld last week, Woodard no longer lives within the boundaries of House District 30, which he has represented the past two terms.

New District 108: According to the new map approved by lawmakers and upheld by the state supreme court, District 108 includes roughly 80% of the old District 30.

No opponent yet: According to filings at the Kansas Secretary of State’s website, no other candidate has yet to file for the new District 108. (There is a record of a Salina realtor filing for District 108 last year, but her address would put her in the old District 108.)

Key caveat: Johnson County Election Office commissioner Fred Sherman told the Post via email that his office has yet to map out all of the filed candidates to verify their voter registration information and compare that to the office they’ve filed for.

Open District 30 seat: With Woodard now out of District 30, it leaves an open seat in that newly redrawn district.