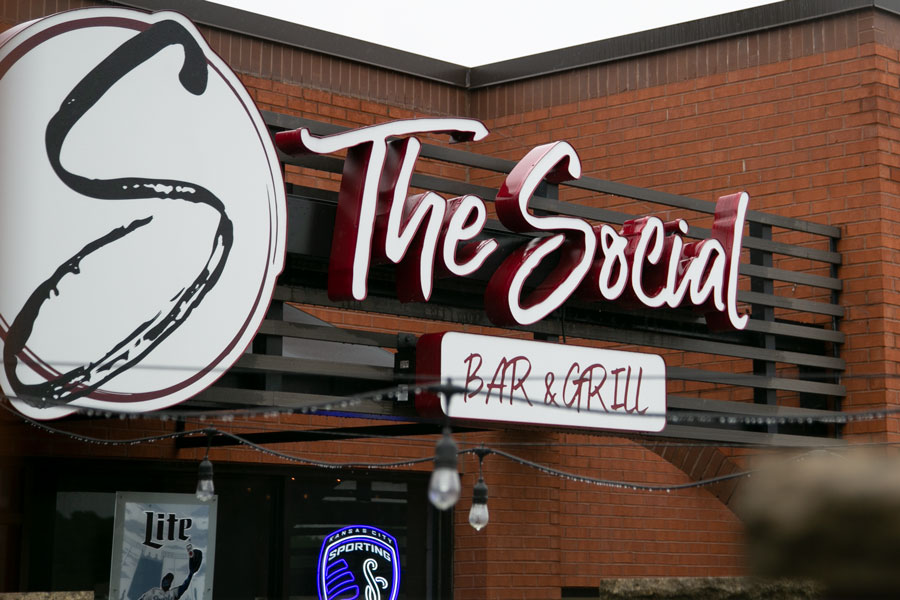 The Social's owners say they've done pretty much everything they can to tamp down noise from live music on Friday and Saturday night. Photo credit Juliana Garcia.

The owners of the Social Bar and Grill in Shawnee will get another four months to find new ways to reduce the noise from live performances on Fridays and Saturdays, the City Council has decided.

Councilmembers voted unanimously Monday to let the owners of the bar at 13410 West 62nd Terrace work with city staff in hopes that some nearby neighbors would be satisfied.

History of noise at property: The sound issue is sensitive in the neighborhood because the former occupant of that address – The Roxy – received numerous noise complaints in its four-year run. The Roxy closed about a year ago.

Co-owner Jason Grove noted that he’s only heard a couple of complaints after seven or eight live performances. He added that none of the neighbors complaining have provided video or audio evidence of the noisy nights.

No neighbors spoke at the meeting Monday.

Noise readings: The property manager for the Social also recently hired a sound engineer to get readings from the back of the business, Grove said, and the majority were similar to cars passing by or a dishwasher.

Council’s options: Councilmembers on Monday could have chosen to revoke the Social’s special use permit, limit their operations or send the matter back to the planning commission, which declined to take action against the establishment at its most recent meeting.

Instead, they allowed extra time in hopes that a compromise can be found.

Discussion: Councilmember Tammy Thomas said she has attended live shows at the Social and has not found the volume level to be loud outside.

Councilmember Eric Jenkins said he was torn between encouraging a cooperative business owner and supporting the neighbors. He said some of the neighbors’ complaints of hearing lyrics were alarming.

Jenkins said he’d like to see more efforts to lower the overall volume within the building, “so we can have a win-win here.”

One other possibility mentioned was a sound barrier on air conditioning units, if it is found that sound is escaping from there.