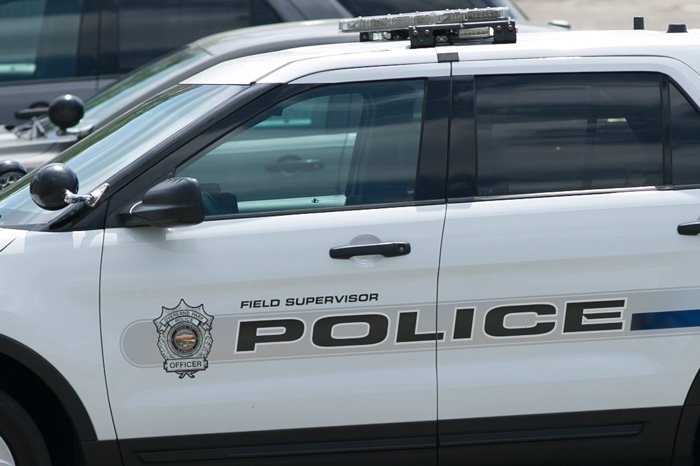 Four Overland Park police officers are on paid administrative leave as they are being investigated for criminal allegations regarding a potential misappropriation of funds. File photo.

Four Overland Park police officers are on paid administrative leave as they are being investigated for criminal allegations regarding a potential misappropriation of funds from a nonprofit foundation with local union ties.

Details: The Johnson County District Attorney’s Office confirms it is investigating the four unnamed officers, who were all previous members of the Overland Park Police Officers Foundation.

Foundation president Dianna Johnson told KMBC in a statement that concerns regarding the foundation’s disbursement and spending of funds were first brought to the organization’s attention when members of the Overland Park Fraternal Order of Police began questing the organization in January and March of 2021.

New directors of the foundation then took office in January, prompting a formal audit to complete a reconstruction of the financial records, she said.

The audit findings were then presented to members of the Fraternal Order of Police last week. New business related to the foundation has since been suspended.

“Due to the audit findings, and because the prior directors are police officers, it is our duty to turn over these findings to law enforcement for investigation,” Johnson told KMBC.

Background: A social organization and an independent 501(c)(3), the Overland Park Police Officers Foundation says its purpose is to help law enforcement officers and their families in situations when an officer is seriously injured or killed.

The organization also says that as a “charitable arm” of the Fraternal Order of Police, it works to provide support for educational opportunities.

The numbers: According to its most recent publicly available tax documents, the Overland Park Police Officers Foundation received $353,454 in contributions and grants in the 2019 tax year.

Of that roughly $350,000, the organization reported that it spent $248,435 on professional services related to fundraising.

City’s comment: Overland Park communications manager Meg Ralph said in a statement to the Post Wednesday that the city is aware of an investigation into alleged criminal conduct regarding the foundation.

While she could not confirm the names of any individuals involved in the investigations, she said the four offices are on paid administrative leave pending the outcome of the investigation.

Melody Webb, a spokesperson for the DA, confirmed that the situation is under review, but said she was unable to comment as the investigation is still pending.

Key quote: “We would like to thank all the residents and businesses that have continued to support us over the years and want to assure you the actions of a few do not in any way represent the majority of committed law enforcement professionals at the Overland Park Police Department,” Johnson old KMBC.