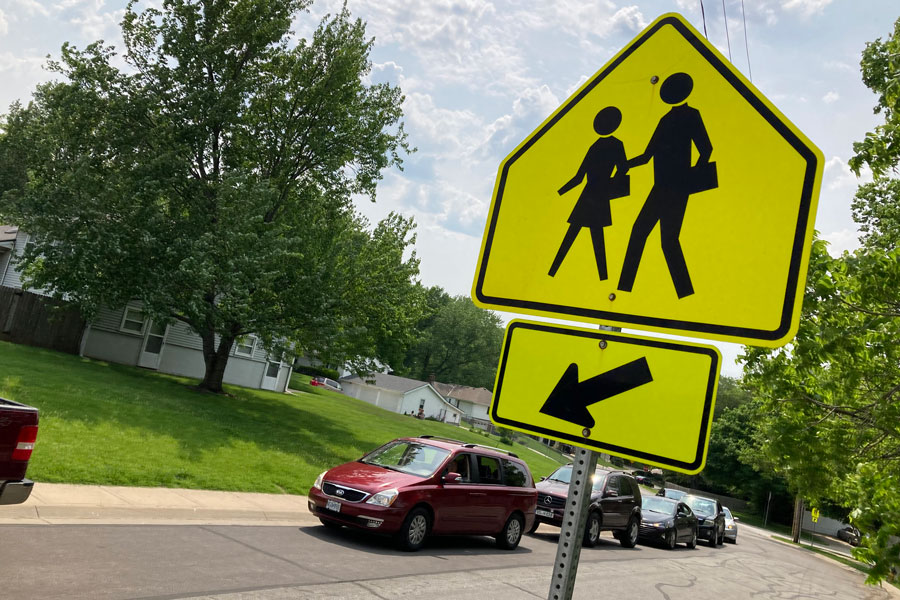 A Rushton Elementary student was struck by car near the school Tuesday morning. Mission police say the student was sent to the hospital as a precaution but that the injuries do not appear to be serious. Above, a crosswalk sign near Rushton on Tuesday afternoon. Photo credit Kyle Palmer.

A Rushton Elementary student was hit by a car near the school in Mission Tuesday morning but appears to have not been seriously injured, Chief Dan Madden told the Shawnee Mission Post via email

What happened? The accident occurred along 52nd Street east of Horton Street, near the western property line of the school, Madden said.

He said a preliminary investigation found “the child suddenly began crossing the street and the driver didn’t have enough time to react.”

Madden said the driver of the vehicle fully cooperated with law enforcement.

The child’s “injuries do not appear to be serious,” he said, though the child “was taken to the hospital as a precaution.”

Fornal wrote that “we are hopeful that the student will be okay,” but no further details about the student’s status were available at that time.

Formal also used the message as a way to remind families and drivers to be mindful of pedestrians, particularly at arrival and dismissal times each weekday.

She wrote that drivers need to be aware of their surroundings in the event that a pedestrian “might do something unexpected.”

Additionally, she writes that families need to remind children to follow all procedures, “including crossing the street only at crosswalks.”

Key quote: “While this might make things go a little more slowly, it is important that we do everything we can to keep our students safe,” Fornal wrote.