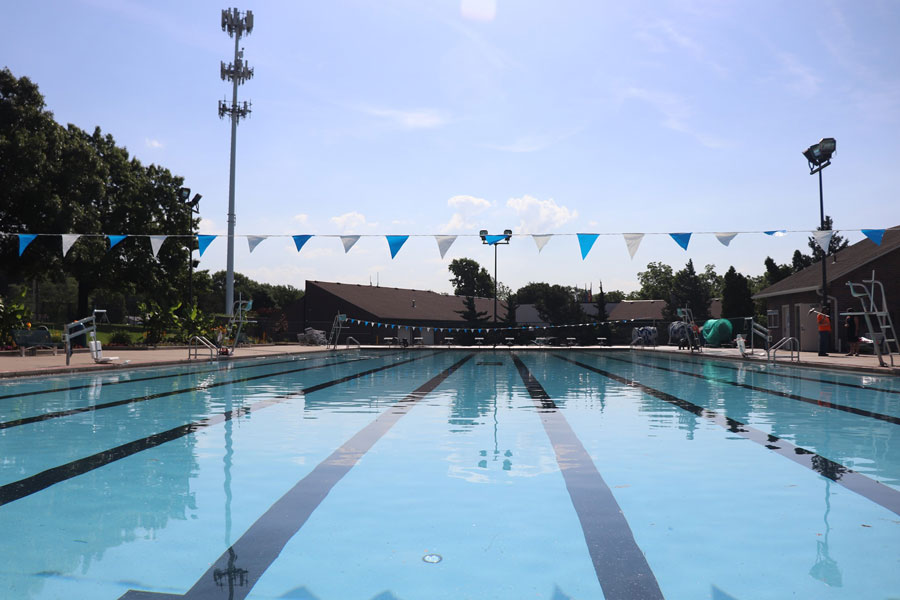 Prairie Village approved a design contract on Monday, the first step in what could eventually be more than $1 million worth of repairs at its adult and lap pools. Photo via city of Prairie Village Facebook.

The city of Prairie Village will look into making repairs on the adult and lap pools at the city’s pool complex, 7711 Delmar Street.

Why it matters: This is the first step for the city to fix pipe issues at the aquatic center’s adult and lap pools, which could ultimately cost up to $1.2 million.

Why now? City staff detected significant water loss when the pools opened for the 2021 season and repaired cast iron pipes in two locations with holes, according to city documents.

Since the pipes were deteriorating from the outside, according to documents, “it’s virtually impossible” to tell if or how much other piping is in similar condition — and with a 60-year-old pool and 30-year-old cast iron pipes, the system needs to be replaced, staff said.

Council discussion: Councilmember Inga Selders expressed hesitation about putting money into upgrading the city’s current pool if there is a possibility that a lap pool could be built as part of a new community center — an ongoing conversation that was recently revived  — potentially rendering the municipal pool complex’s lap pool obsolete.

Councilmember Cole Robinson said even if the civic center conversation is “fast-tracked,” that possibility “is several pool seasons away.”

Public Works Director Keith Bredehoeft reminded the city council that this is only a design contract, and any plans for actual construction would come back before the city council for approval.

Key quote: “We had a lot of dialogue and we had a lot of feedback from the lap pool users just when we closed a lane down at one time —so it’s used quite a bit by our residents for a lot of purposes,” Councilmember Terrence Gallagher said. “I don’t think we should be gambling on what could happen, and we should spend the repairs and look into it right now. Be ahead of the game instead of behind the game.”

What happens next: Lamp Rynearson will conduct a site survey and prepare documentation as part of the design contract.

Additionally, Lamp Rynearson “will engage the construction industry” to help the city identify the best, most cost effective solution, according to city documents.

After that, Lamp Rynearson will design construction drawings and provide basic construction services, according to city documents.

Construction, if ultimately approved, is expected to begin around Oct. 1, and is anticipated to be completed in time for the 2023 swim season, according to city documents.