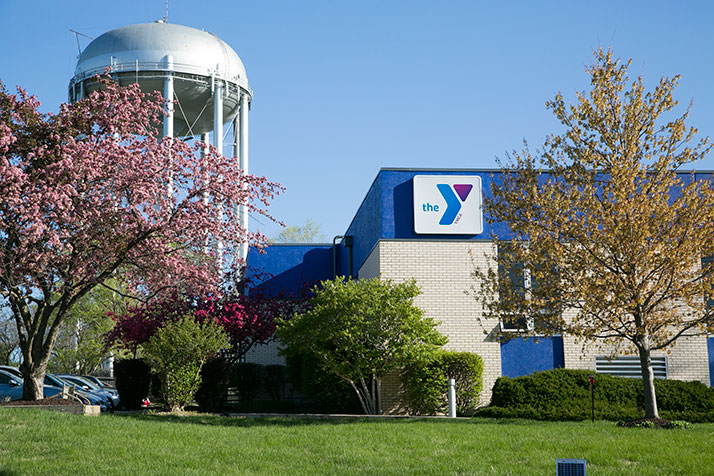 Officials say the Paul Henson Family YMCA near 79th and Mission Road is running a $200,000 annual deficit since the COVID-19 pandemic. File photo.

The Paul Henson Family YMCA in Prairie Village is running at an annual $200,000 deficit, officials revealed recently, a trend lending more urgency to the city’s revived discussions about a city-run community center that could potentially replace the aging YMCA facility near 79th and Mission.

City leaders and YMCA officials updated residents recently on the status of a new potential community center on or near the site of the current Paul Henson YMCA, which sits on a four-square-block area the city is considering retooling into a “civic center.”

A new community center has been talked about in some form for years and was recently revived following a pandemic-induced pause.

A public community meeting Thursday at the Meadowbrook Clubhouse was the latest forum for residents to give their feedback and hear an update on current discussions.

Why it matters: Prairie Village does not currently have a community center, but plans for one have been in the works for a long time.

Revived discussions of a community center come at the same time as Genesis Health Club has also announced  plans for a new gym location in Prairie Village.

Originally planned for the revamped site of the former Macys in the Prairie Village Shops, Wichita-based Genesis said it was putting a hold on those plans until the outcome of discussions over a potential city-run community center nearby became clearer.

Genesis has also voiced interest in possibly partnering with the city on a community center on or near the site of the current YMCA.

How it got here: Conversations about a community center have been going on for more than 10 years.

Prairie Village’s City Council turned down a proposal for a community center at Harmon Park in 2013. But then conversations restarted in 2019, leading into the Johnson County Library entering the equation with a proposal for a new branch.

Discussions around that plan paused in 2020 at the onset of the COVID-19 pandemic and then finally resumed in February of this year, with the city announcing it was exploring ways COVID-19 relief funding could go toward the idea.

The Y’s travails: Through the COVID-19 pandemic, the YMCA in Prairie Village kept operating.

But Chief Operating Officer Mark Hulet also said the Paul Henson YMCA has struggled to keep up its membership numbers.

On top of that, he said the facility itself needs to be modernized in order to offer some of the things facilities in other areas can, including the Linwood and North Kansas City branches of the YMCA.

“There are programs out there that we can’t do in Prairie Village because of the facility,” Hulet said on Thursday.

Before the pandemic, YMCA president John Mikos said they were committed to funding the community center. But the facility lost 45% of its revenue, he said, which requires a new plan forward and joint efforts from the community.

What the city says: Mayor Eric Mikkelson voiced enthusiasm about the possibility of a partnership for a new community center.

He said the city would benefit from an all-encompassing facility, especially with indoor recreation and programming.

In surveying the community, he said the city found 87% of residents would definitely, probably or might use it, and more than half said they’d be willing to pay up to $15 more a month in property taxes to build it.

Partnerships like this are important, he said, citing the community center at Meadowbrook Park as an example.

Getting involved: Mikos said the YMCA may host a smaller meeting similar to the one held last week for more community members to weigh in.

Residents are also encouraged to participate in surveys coming out this week and engage with the city’s Ad-hoc Civic Center Committee meetings.

Juliana Garcia contributed to this report.