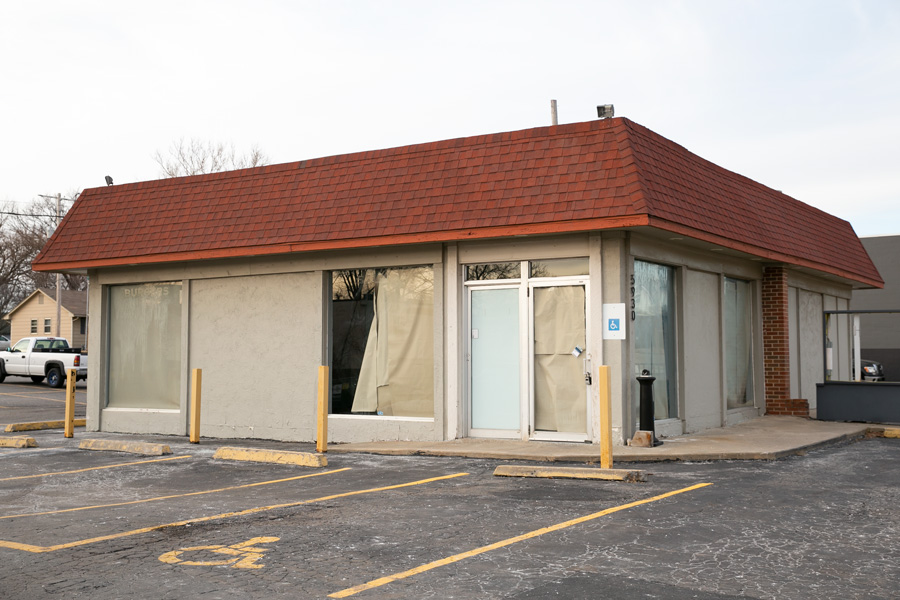 The building that formerly housed Big Bams on Nieman Road in Shawnee which is now slated to be redeveloped into a multi-use space that will include Mother Clucker! Nashville hot chicken restaurant. File photo.

Unexpected construction issues have prompted the Shawnee City Council to approve a delay in the redevelopment deadlines that will eventually bring a Mother Clucker! Restaurant to downtown Shawnee.

Nieman Rd Dev LLC had secured an $80,000 forgivable economic development loan from the city to renovate the former Big Bams at 5930 Nieman Road.

The project calls for renovation of the building that housed the former burger place that had been a mainstay of downtown for 14 years. The restaurant closed last year after the death of its owner, Joe Bacarro.

When the project is finished, it will include office and retail, as well as Mother Clucker!, a Kansas City-based restaurant specializing in Nashville style spicy chicken.

But the developer ran into several snags as work began due to the age and condition of the building.

There were new accessibility requirements as well as supply chain pricing and procurement issues and slow progress on utility work, according to a city document.

“Apparently when these folks got into actually doing the renovations to this building, it turned into one of those money pit type of situations,” explained Council President Eric Jenkins.

As part of the Shawnee Entrepreneurial and Economic Development, or SEED, loan, the developer was required to complete work on Big Bams by June 24.

The council voted unanimously to extend the deadline to Nov. 1, after briefly considering and rejecting an earlier timeline.