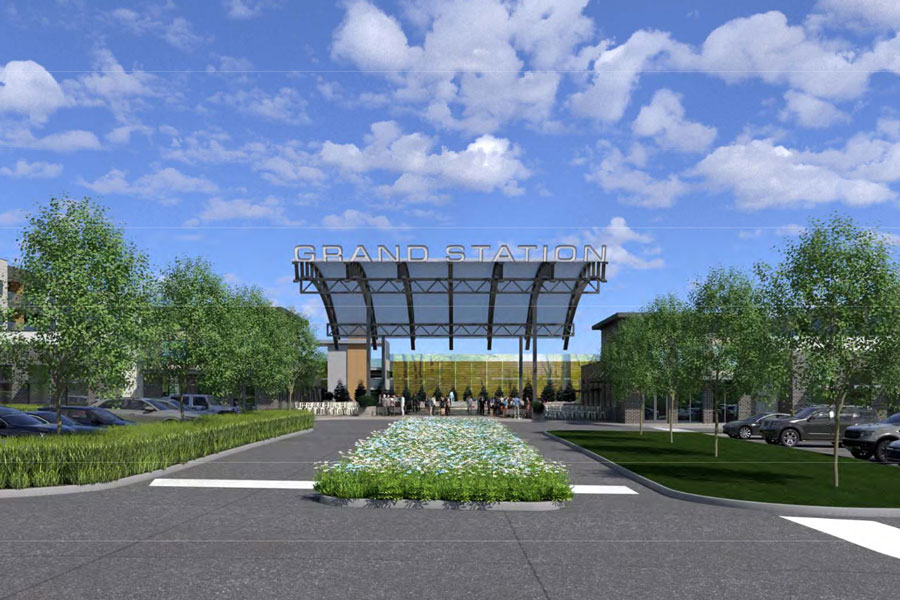 Merriam city officials pressed Drake Development on sustainability and green space included in the Merriam Grand Station plans. Above, a rendering of the civic center portion of the plan. Image via city documents.

A proposed redevelopment plan is on the table for the long-vacant Kmart site in Merriam and city officials have questions.

The latest: The Merriam City Council and planning commission discussed the $136 million redevelopment proposal at a joint work session on Tuesday.

This comes ahead of a planned neighborhood meeting about the project that will be hosted by Overland Park-based Drake Development tonight at 6 p.m. in the Loomis room at the Merriam Community Center, 6040 Slater Street.

No grocery: While a previous plan included tentative space for a grocery store, Drake President Matt Pennington confirmed at Tuesday’s joint meeting that the latest plan does not include one.

Pennigton said Drake could not get an assurance from the prospective grocery store client “to make sure they were going to deliver” on the project.

The grocery store and another retailer from previous iterations of the plan have been replaced in the new version with additional apartments, a civic center and retail space.

The details: Here are the main elements of the new plan, as presented by Pennington Tuesday:

Dave Olson, Drake’s director of construction, said — in response to several officials’ questions — that the company would have already had to start the process for Leadership in Energy and Environmental Design certification if the project were to shoot for it.

He said Drake plans to use materials to technically qualify as LEED, but said the paperwork associated with a certification is “a tremendous headache.”

Following additional sustainability questions and pressure from councilmembers, Olson and Pennington agreed to come up with a preliminary LEED scorecard to show the project’s “emphasis on sustainability” developers boast in the May 10 presentation.

“Ample green space”: That is another featured amenity included in the new plan, though Drake engineers said the additional green space the project brings to the site is an increase close to 10%.

Developers plan to bring a revised plan with additional green space added to the civic center near the two apartment buildings and restaurants.

Councilmember Jacob Laha told Pennington that if the presentation and therefore the redevelopment plan boasts an emphasis on sustainability and green space, Drake Development needs to be able to give city officials specifics that quantify and qualify these features.

Key quote: “If we can’t get an affordable housing component, the sustainability, and green sustainability, vision is to me — if it’s gonna have an emphasis, let’s emphasize it,” Councilmember Whitney Yadrich said. “Those are your table stakes, you know. If it meets code, congrats, you guys did exactly what you were supposed to do. What’s an emphasis look like?”

What’s next: After tonight’s neighborhood meeting, there will be a public hearing about the proposal at the June 1 planning commission meeting for development applications.

The city council on June 27 will consider a TIF project plan hearing and adoption, a redevelopment agreement, rezoning requests, a preliminary development plan and a plat for the site. 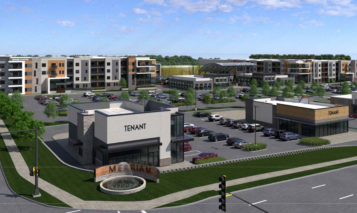