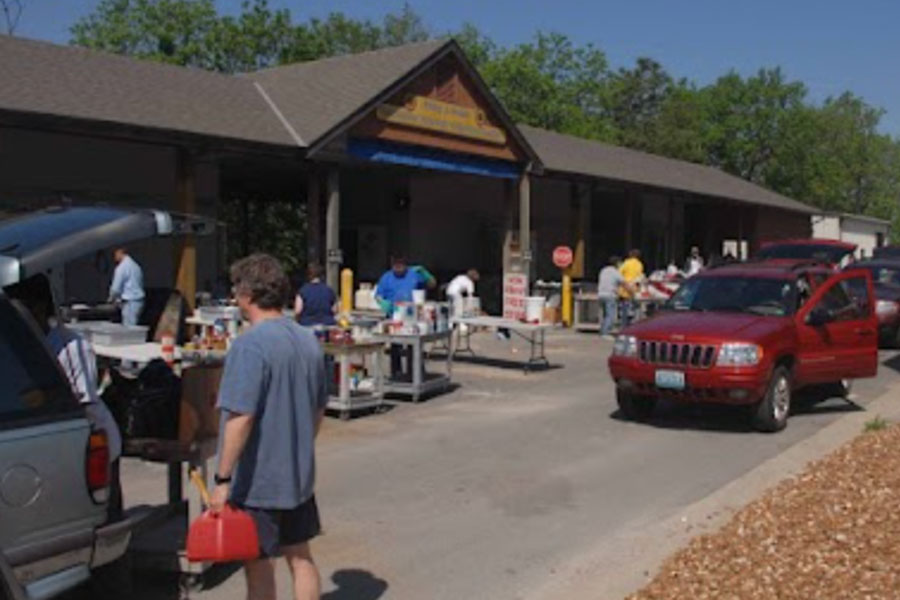 Residents in northeast Johnson County looking to dispose of hazardous household waste items will have to trek further south to do it in the not-so-distant future.

On Monday, the Overland Park City Council approved a special use permit for a new county-run household hazardous waste facility to be built on Mastin Street in south Overland Park.

Where exactly: The new facility will be built at 11231 Mastin Street, near the junction of College Boulevard and U.S. 69 Highway, on the site of a former car wash.

This facility serves as a place for residents to get rid of common household materials that would be dangerous to dispose of in other ways, including paint, gas and pesticides.

Why it’s moving:  City and county staff say the county’s current hazardous waste facility needs to be relocated due to construction at the adjacent Myron K. Nelson Wastewater Treatment Plant.

The new disposal site will likely open by July of 2023, according to assistant county manager Joe Waters.

The site will also undergo a number of infrastructure and aesthetic improvements before the facility opens, he said.

Community opposition: Neighboring residents and business owners in Overland Park have voiced traffic and aesthetic concerns about the proposal.

City documents say 23% of property owners in the area signed a valid protest petition in objection to the project.

“Businesses like an office building should not have to operate next to a business operation that’s titled ‘hazardous waste facility’,” said Andrew Spitsnogle, a lawyer representing a business near the proposed site. “It might come from your house, but it’s hazardous waste nonetheless.”

Resident Joe Palasz, who also owns a business adjacent to the property, said the area already has a lack of parking and the incoming traffic to the facility would further hinder this.

“If you bring this facility in with the amount of traffic, I can tell you right now we’ll have some problems,” he said. “I was there in the early years of the car wash, and that car wash used to literally block my business.”

Where the council landed: Despite echoing some resident concerns, the council largely approved of the relocation and felt the service the facility provided was important to residents.

Council president Paul Lyons said he thought it might help to call the facility something else without “hazardous waste” in the name, but he didn’t anticipate the neighborhood would notice the increase of traffic.

“It looks like the street is plenty wide enough to accommodate all the cars that would be going through there to get to the facility,” he said. “It’s a very important service that they provide, and otherwise we’d be throwing those chemicals — those paint cans — in the landfill.”

Councilmember Scott Hamblin said he felt the reasons nearby businesses opposed the property were more than just not wanting to look at it, and the fact that a valid protest petition was filed was significant.

“These people don’t live there, this is their business,” he said. ” I just have to err on the side of the private business. They know their business better than I do.”

The measure passed on a 10 to 2 vote, with councilmembers Scott Mosher and Scott Hamblin voting against it.