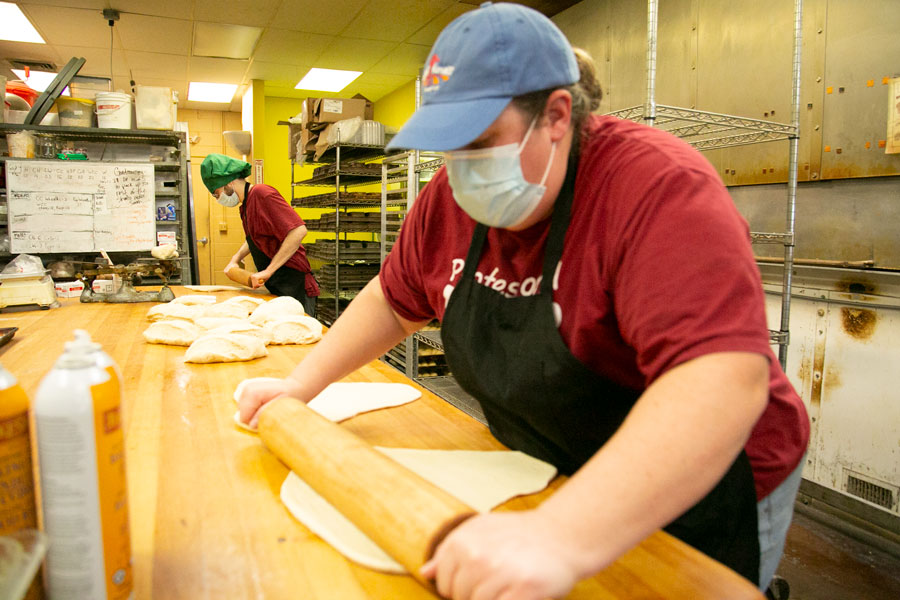 Great Harvest co-owner Sarah Berlin, above, says she and her husband Brian have fielded multiple inquiries from potential buyers for the bakery following. their announcement last month that they were going to close. File photo.

Great Harvest Bread Co. could be sticking around Prairie Village after all, according to a recent Facebook post from the bakery’s outgoing owners.

What changed? Owners Sarah and Brian Berlin say they have received an “overwhelming” outpouring of support and appreciation from customers and the community since announcing last month that they planned to close Great Harvest in Corinth Square on May 11.

The attention their announcement brought also generated inquiries from “multiple parties” about purchasing the bakery, Sarah told the Post.

The bakery’s future: The Berlins say they are now talking to interested buyers and working on a plan to transition ownership.

Potential buyers will have the opportunity to continue Great Harvest’s presence at the Corinth Square location. There is currently a four-year lease on the books, Sarah said.

Sarah said she and Brian are also working on a plan to remain open and operational during a transitional period to make the switch to new ownership as smooth as possible for customers.

It is still unknown how long that transitional period would last, she said.

This will allow different pieces of equipment to undergo repairs and give staff time to catch their breath from the day-to-day, Sarah said.

The Berlins plan to then reopen with a limited menu, though an exact reopening date is yet to be determined.

How to stay updated: Customers can stay updated through Great Harvest’s newsletters, which you can sign up for at their website, as well as check in on the bakery’s Facebook page, Sarah said.

She said she and Brian will share any announcements as soon as they can.

Background: Last month, the Berlins announced the pending  May 11 closure of the bakery, which boasts a 40-year under various owners in the Kansas City area.

The Berlins told the Post at that time that they came to the decision to close because the baking business became too much for them and their family to handle.

Less than a week later, the chief executive officer of the Montana-based company wanted to maintain its footprint in Kansas City — and would work to figure out how to make that happen.

Key quote: “I just can’t say enough that it’s so exciting to hear the various potential buyers all have really different and exciting plans for the future of Great Harvest in Kansas City,” Sarah said. “That has been so wonderful to hear as they’re talking with Brain and I about what they would like to do. I have nothing but delight and I’m thrilled to see what comes next for Great Harvest in Kansas City — it’s going to be fantastic.”