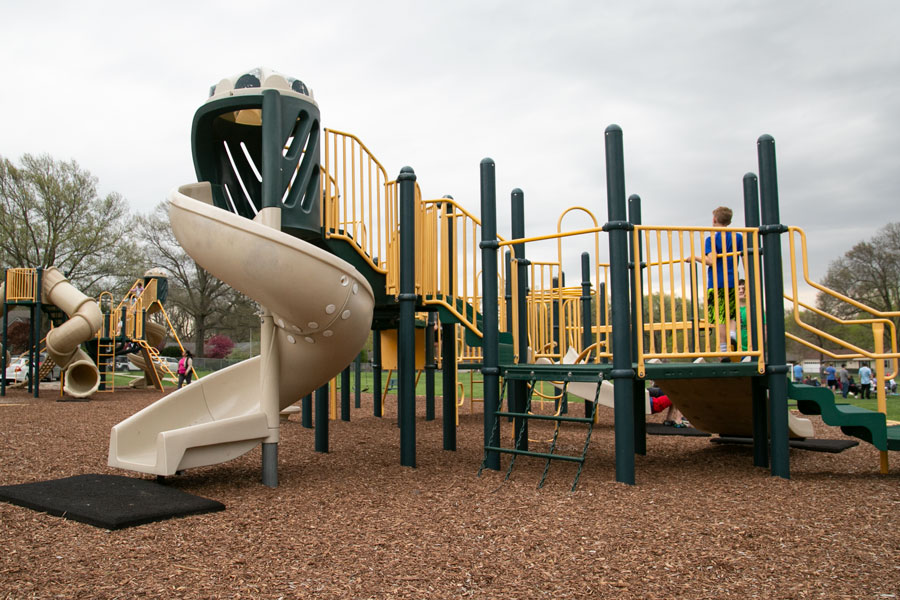 Mohawk Park is getting a pavilion with restrooms, new parking and other changes as part of the city of Mission's first phase of improvements at 67th and Lamar. Photo credit Juliana Garcia.

Mohawk Park, a neighborhood park off Lamar Avenue in Mission, is getting some upgrades this year, including adding restrooms and a pavilion for the first time.

Project details: Located on nearly eight acres at the northeast corner of Lamar Avenue and West 67th Street, Mohawk Park is the first of three other city parks slated for improvements.

Proposed improvements at Mohawk include:

Guiding design is the Mission Parks and Recreation Master Plan from 2018.

Here are some concept designs of an updated Mohawk Park: 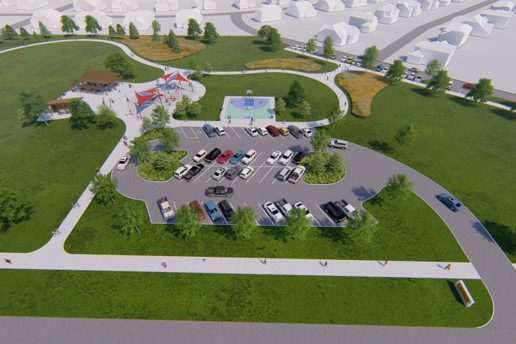 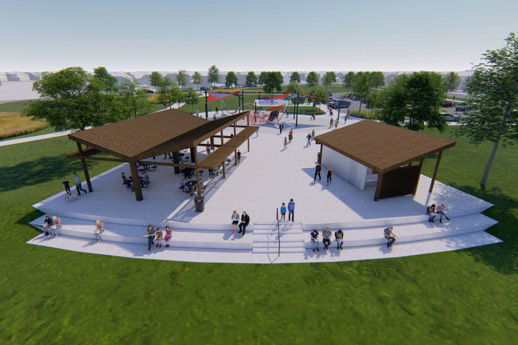 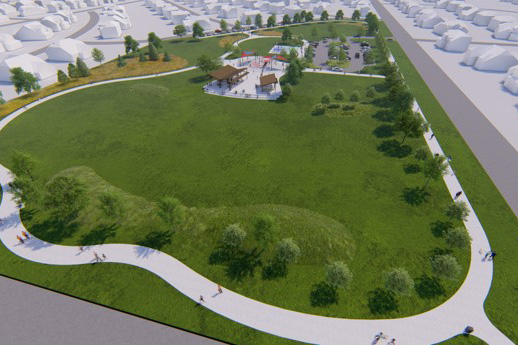 The latest update: Some residents at a city meeting on March 28 expressed concerns about park traffic impacting the surrounding neighborhood, as well as a desire for universal design playground equipment, which is more accessible for children with disabilities.

However, the Mission City Council on April 20 unanimously agreed to override the commission’s recommendation and keep in place plans to relocate the parking lot, in order to accommodate long-term conceptual plans for the park and also stay on schedule for the first phase.

Budget: The city has budgeted $3.5 million for the project, with plans to pay for it out of the city’s 3/8-cent sales tax for parks and recreation as well as a roughly $394,500 Land Water Conservation Grant the city received in late 2021. The city is also seeking additional grant funding.

Next steps: The project goes to bid this month, with plans to approve a construction contract sometime in June.

The city is planning to break ground in July, with a tentative completion timeline in early 2023, although that’s subject to change.