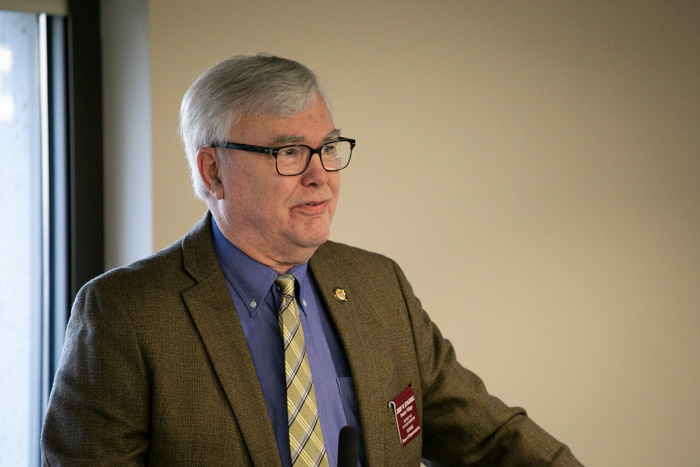 Below is this week’s submission from Democratic Rep. Jerry Stogsdill of Kansas House District 21, which covers parts of Leawood, Mission Hills, Overland Park and Prairie Village.

With issues like “axing” the sales tax on food, gerrymandered political maps, sports betting, Medicaid expansion, “open school” enrollment, failure to properly fund special education, attacks on Kansas wind and solar industries, allowing 15-year-olds to drive, unnecessarily reviewing 2020 (!) election results, due process for teachers and end of the year bill “bundling” taking center stage, it has been — and continues to be — a tumultuous 2022 legislative session in Topeka.

Normally, this time of the year, we are completing the veto session. During the veto session, the Legislature can either override or sustain vetoes the governor has issued on bills passed by lawmakers. It is also a time when we have the opportunity to address any unfinished business that may still be pending.

The veto session usually signals the unofficial end of the legislative session for the year. NOT this year. The reason for this is redistricting.

This is the year that the Congressional, state House, state Senate and State Board of Education Districts are redrawn based on the latest U.S. Census information. Those maps must be passed by the Legislature and then submitted to the governor for her signature of approval or veto.

This year, Gov. Kelly approved the maps for state legislative offices but vetoed the obvious and egregiously gerrymandered Congressional map.

The Republican supermajorities in the Kansas Legislature then overrode her veto, but, on April 25th, a Kansas state court judged found the Congressional map unconstitutional. Kansas Secretary of State Scott Schwab then appealed that decision to the Kansas Supreme Court, where it now resides.

Instead of completing the people’s work and adjourning for the year, legislators are now on an unanticipated three-week break waiting to deal with whatever the Kansas Supreme Court decides on the Congressional map. If the Legislature cannot agree on a fair map, the map may be turned over to a federal courts, which will draw a map. That is what happened in the 2010 cycle.

The veto session is set to reconvene on Monday, May 23rd, with plenty of other issues also yet to be finalized.

I will have a full wrap-up of the 2022 session as soon as we formally adjourn, hopefully, by the end of May. That wrap-up will be available on my Facebook page and my campaign website.

In my opinion, the brightest spot coming out of the state capitol this year has been the superhuman job Gov. Kelly has done in revitalizing the Kansas economy. Her leadership in this area has allowed us to rebuild the state’s rainy day fund, constitutionally fund our public schools, balance our budget and create revenues that are exceeding projections by over three BILLION dollars.

The economic results she has achieved is particularly remarkable in light of her having to dig out from under the disastrous economic policies of the previous administration, the devastating effects of the pandemic and a hostile Republican supermajority in the Kansas Legislature that has consistently put politics over the best interests of the people of Kansas.

They have ignored those interests by NOT reducing the state sales tax to ZERO, by NOT passing Medicaid expansion, by NOT passing the governor’s request that the state return $250 to every Kansan who filed a Kansas tax return in 2021 and by NOT providing the necessary funding to fully support our special education students.

That, in my opinion, is simply unconscionable!