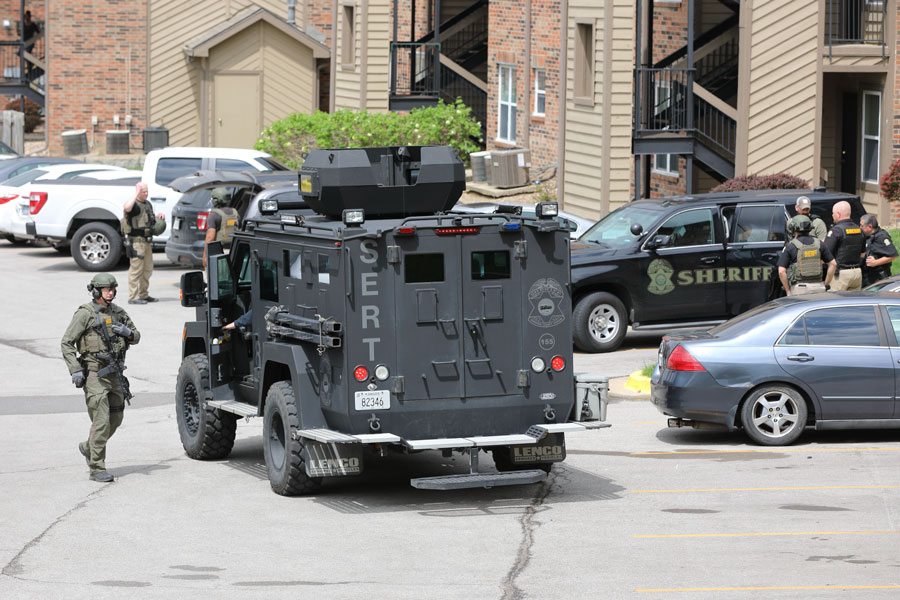 The Johnson County Sheriff’s Office Emergency Response Team was involved in a three-and-a-half-hour standoff in Mission on Friday that ended with one man in custody.

Sheriff’s Office spokesperson Shelby Colburn says deputies attempted to serve an arrest warrant at an apartment in the Foxfire Apartments, near 51st Street and Riggs Road about 11 a.m.

“He was being served multiple felony warrants from several jurisdictions this morning when he barricaded himself inside the apartment,” Colburn said in an emailed response to questions.

He also has an open case with a current warrant for misdemeanor criminal damage to property, along with a 2018 conviction for aggravated assault on a law enforcement officer.

“He will be booked on the original warrants that were served this morning,” Colburn said. “Any further charges are pending, so the report will not be available for release yet.”

No injuries were reported during Friday’s standoff.