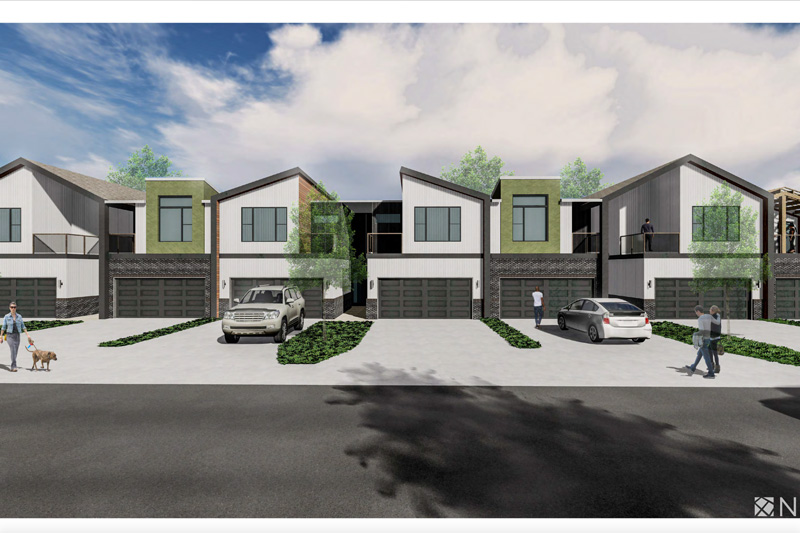 The final piece of the Watercrest Landing South development in Lenexa got unanimous approval from the Lenexa Planning Commission Monday.

The townhomes portion of the 190-acre Watercrest Landing development was approved on the commission’s consent agenda with no discussion.

Townhomes at Watercrest Landing envisions 143 units on 28 acres of the project.

The townhomes will be a mixture of duplexes, triplexes and fourplexes, in a plan that allows for private ownership of each building.

A concept and rezoning plan for the development was approved by the city council in April 2021. The townhomes portion had been delayed for further review.

The bigger picture: Located on about 187 acres of farmland at the southwest corner of Monticello Road and 90th Street, the proposed Watercrest South and Copper Creek project consists of plans for:

The 28-acre townhome portion of the site sits on the northwest corner of 95th Street and Monticello Road.

Prior discussions: The developer’s previous plans had called for 56 single-family homes on the site.

The Lenexa City Council last year voted unanimously to approve a concept plan for the project as well as rezoning the site to allow for higher density dwellings.

The townhomes were the most recent piece of the project to undergo city approvals. The Lenexa City Council’s April 2021 vote cleared the way for conceptual plans for the townhomes.

At that time, a representative on the project said they estimate the townhome units to be sold starting at $400,000.