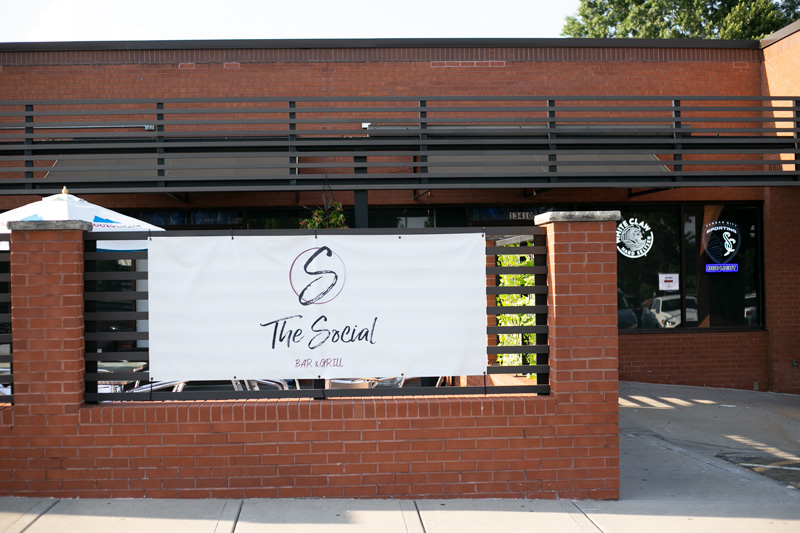 The Social opened last year in the space off Pflumm Road and Shawnee Mission Parkway formerly occupied by The Roxy, a live music venue that closed following dozens of noise complaints. File photo.

Saying they want to balance neighbors’ concerns about noisy music with the good-faith efforts of The Social Bar and Grill to contain it, the Shawnee Planning Commission this week declined to recommend revoking the bar’s permit allowing live music on weekends.

Rather than cancel the special use permit that allows bands to perform until midnight on Fridays and Saturdays at The Social, the commission unanimously decided to urge the establishment’s owners to do what they can to bring the noise level down.

That includes keeping neighborhood-facing doors closed as much as possible during performances and perhaps meeting with neighbors to hash out concerns.

The issue could then be brought before the commission again for another review in four months.

The Social owners Jordan Grove and Oronde Smith said they would do their best, but they told commissioners at Monday’s meeting that they are also frustrated at the early review of their permit due to complaints they say are very rare.

The permit for the establishment at 13410 West 62nd Terrace was issued in November, a few months after Grove and Smith relocated to the space formerly occupied by The Roxy.

The Social’s space sits on the western side of a strip mall at the busy intersection of Shawnee Mission Parkway and Pflumm Road, with a residential subdivision directly behind it to the north.

Police have documented two noise complaints related to The Social since January.

Grove told the commission that he and Smith have gone above and beyond the city’s requirements by ending live music at 11 p.m. to make sure any encores don’t go past midnight and cause a violation.

They’ve also put in carpet, extra sound-mitigating boards and have taken their own decibel readings outside during performances, he said.

“I don’t have rap music, or anything that’s going to bring out something violent or whatever,” Smith said. “This is music you guys have grown up, and parents have grown up with. This is just rock music. We’re having fun.”

No neighbors spoke at Monday’s meeting, but four wrote comments complaining about noise that were read into the record.

One resident said the music was loud enough to cause windows to rattle.

“All we want is to have peace and quiet back in our homes,” the commenter wrote.

Another said music has been loud enough to distinguish lyrics inside the house with the windows and doors shut.

Smith and Grove said part of their frustration stems from the fact that neighbors have not provided evidence of excessive noise. The Shawnee ordinance only says the business must not have noise at an “annoyance” level but does not specify a scientific standard.

“It’s frustrating that one person or even two can have that much weight to have us in this meeting wasting your time when we’ve mitigated these factors. We’re not doing anything wrong,” Smith said.

Commissioner Leo Nunnick had reservations about calling in a permit review on the basis of one or two complaints.

“We need to let business function,” he said, adding that he respects the neighbors’ point of view.

Commissioners agreed The Social’s owners have made efforts to comply with noise restrictions. Part of the conflict, they said, is due to the building’s history.

Before The Social Bar and Grill moved in, the building was home to The Roxy. That bar closed a little over a year ago after fielding at least 60 noise complaints in its four years of operation there.

Planning Commissioner Kathy Peterson said she did not want to discount the neighbors’ comments about the Social.

“But I think they’re hypersensitive,” she said. “And quite honestly, you [Social owners] were operating to the best of my knowledge within the permit, you were not playing it past midnight. We have no proof that that has been violated. You’ve done what you’ve said you’re going to do.”

Nunnink said the bad memories from The Roxy are still reverberating, to the point that any noise now “is like picking at an old wound” to neighbors.

He asked Smith and Grove if they could have the bands turn down their volume inside the venue.

The commission considered asking for an 11 p.m. ending time for live music, since that has been the owners’ practice. But Smith said that wouldn’t work because to avoid going past 11 p.m. for encores, the bands would have to be told to quit at 10 p.m., and it’s hard to get performers for just two hours of music, he said.

The commission also advised the council to consider adding karaoke to its permit language. The Social Bar and Grill has live music on Fridays and Saturdays and karaoke on Wednesday nights.

Editor’s Note: The headline of this story has been updated from a previous version that said Shawnee would not revoke The Social’s special use permit. As the story notes, that is the recommendation of the planning commission, but I final vote must still be taken by the city council.