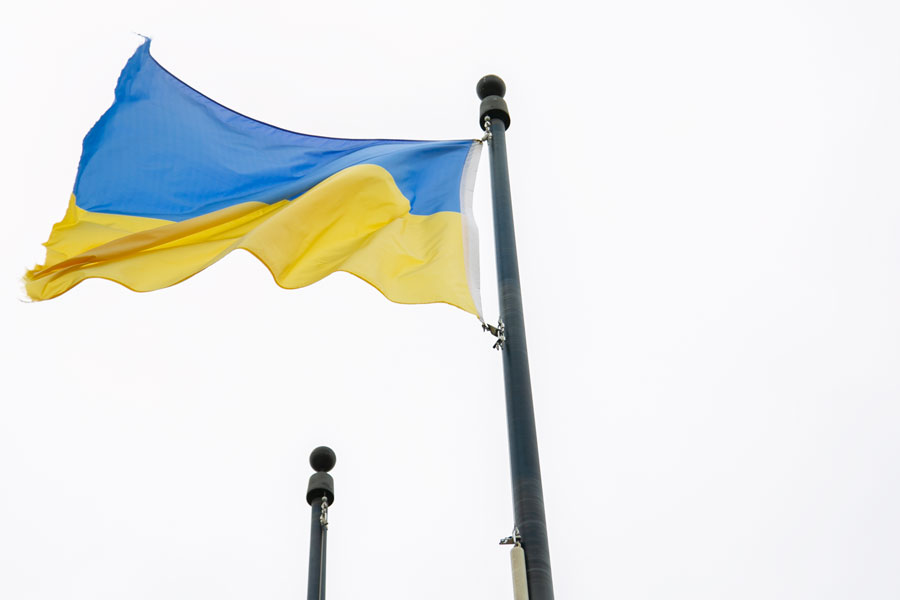 Prairie Village is sending $10,000 worth of walkie talkies to its sister city Dolyna, Ukraine.

The ongoing Russian invasion of Ukraine led Prairie Village officials to reconnect with their counterparts Dolyna, which is in the Ivano-Frankivsk oblast, or district, in the western part of the country.

In addition, Prairie Village has tried to show its official support in other ways by working with The Ukrainian Club of Kansas City to donate wheelchairs and walkers to Ukraine, as well as flying the Ukrainian flag outside City Hall on Mission Road.

Why now? Mayor Eric Mikkelson spoke to Dolyna Mayor Ivan Dyriv via email and asked what more Prairie Village could do to help support Dolyna.

Dyriv told Mikkleson that Dolyna has been serving as a kind of hub to collect humanitarian aid. For that reason, Dyriv sent Mikkelson a list of hard to acquire goods that could prove useful during the crisis, including walkie talkies, body armor and heavy-duty portable power chargers.

Mikkelson also asked Dyriv if a cash donation would be helpful for Dolyna’s needs, but, according to Mikkelson, Dyriv responded that wouldn’t be helpful because the needed items on his list are more needed.

Background: Dolyna became Prairie Village’s sister city through the efforts of city staff and others, like former city councilmember Mike Kelly, who served from 2006 to 2014.

Kelly visited Dolyna several times, including with Prairie Village city officials. Dolyna visitors were welcomed in Prairie Village, too, around the same time.

Over the years, the city lost contact with Dolyna. Prairie Village City Administrator Wes Jordan began working on a reconnection with Dolyna officials after the Russian invasion of Ukraine began in late February.

The details: Jordan said at the May 2 city council meeting that each walkie talkie will cost about $45. City staff recommended a reputable walkie talkie brand such as Motorola, for rechargeable radios to eliminate the need for batteries.

The ultimate number of walkie talkies will be determined by staff based on shipping costs.

Key quote: “I think we’re going to make a difference for some people, maybe even save some lives,” Mikkelson said at the May 2 meeting.