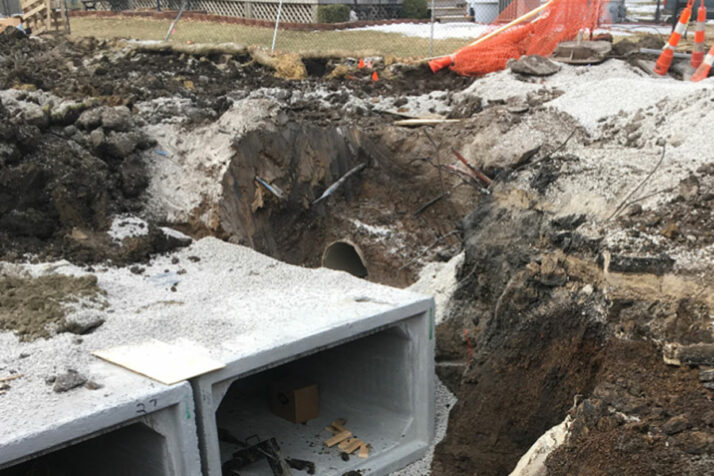 At its meeting last week, Overland Park’s Public Works Committee approved an agreement for a major storm sewer repair project on a stretch of that road near Shawnee Mission North High School.

Project details: The project includes a stretch of Johnson Drive between Lowell Avenue and Metcalf Lane.

It will replace more than 1,700 feet of the deteriorating storm sewer pipes and associated structures underneath the road.

The project also includes replacement of the traffic signal at the intersection of Johnson Drive and Metcalf Lane.

Garwood said this is slightly higher than the original estimate, due to supply chain issues, an increase in construction costs and temporary traffic control measures for the project.

The project will also be partly funded by the Johnson County Stormwater Management Plan.

Context: This project was originally approved as a 2021 project.

The section that the committee approved last night is its second phase.

Garwood said the delay was due to the complexity of utility relocations and wanting to wait until the current school semester was over, given the project’s close proximity to SM North.

The city entered a contract with Missouri-based construction company VF Anderson Builders for the project.

“VF Anderson has demonstrated that they are qualified to do this type of project, as they have performed similar work on over 10 projects for us in the last 10 years,” Garwood said.

The committee approved the measure unanimously.