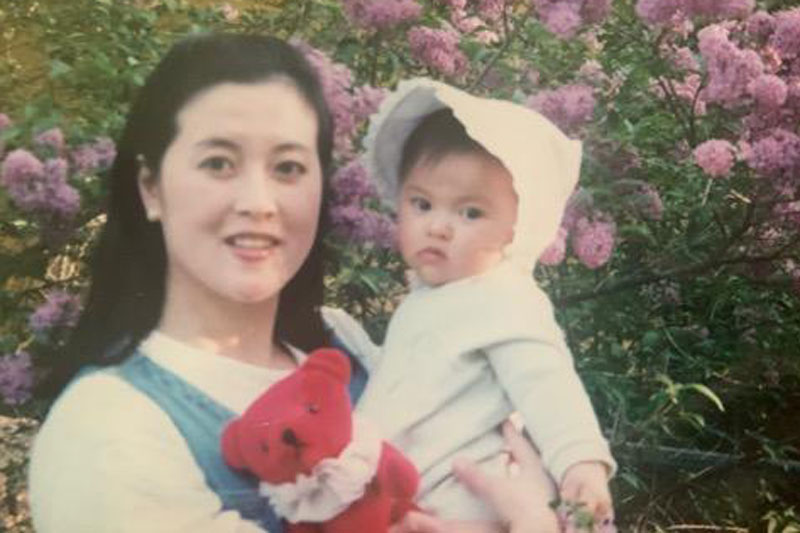 Prairie Village police are once again asking for the help finding Angela Green, who has been missing for almost three years. Above, Angela and her daughter Ellie, when Ellie was a baby. Photo courtesy Ellie Green.

The Prairie Village Police Department is once again asking the public for help in finding Angela Green, who mysteriously disappeared in June 2019.

Green’s daughter Ellie previously told the Post about a number of inconsistencies in the story her father, Geoffrey, told her regarding her mother’s disappearance.

Ellie told the Post her father originally told her that Green was committed to a mental institution in June 2019 — and a month later, Ellie says, her father told her Green died of a stroke.

Then, after Ellie filed a missing person’s report in February 2019, she told the Post her father told her that Green ran away.

Why now? Almost three years after Green’s disappearance, Ellie is still left with uncertainty about what happened to her mother.

This is an ongoing investigation for Prairie Village Police, but the department said in a statement Monday that it has followed more than 200 leads in Green’s disappearance.

The police department is conducting interviews, canvassing neighborhoods and is now receiving help from the Federal Bureau of Investigation on Green’s case, according to the press release Monday.

Still, the department is seeking the public’s assistance because “something that may have seemed insignificant at the time could be crucial in aiding this investigation,” according to the press release.

How to help: Anyone who may have information about Green’s disappearance should contact the Prairie Village Police Department at 913- 642-6868.

You can also alert the Crime Stoppers TIPS hotline at 816-474-8477 or submitting a tip online here.

Family efforts: Nearly a year ago Green’s niece Michelle Guo began posting about the case on her personal TikTok account.

Now, with more than 150,000 followers and 3.8 million likes, the account is largely dedicated to raising awareness about Green’s unsolved case.

Ellie and Guo set up a GoFundMe page to help raise funds to continue to pay for lawyers, as well as an online petition calling for justice for Green which has gained more than 10,000 signatures.

Following about a year’s worth of these efforts, People Magazine featured Green’s case in a March 31 article — which reportedly generated more tips for Prairie Village police.

Additionally, there is also an hour-long episode about the case from true crime YouTuber Kendall Rae that’s gained more than 1.1 million views in the last three weeks. The video is found below.