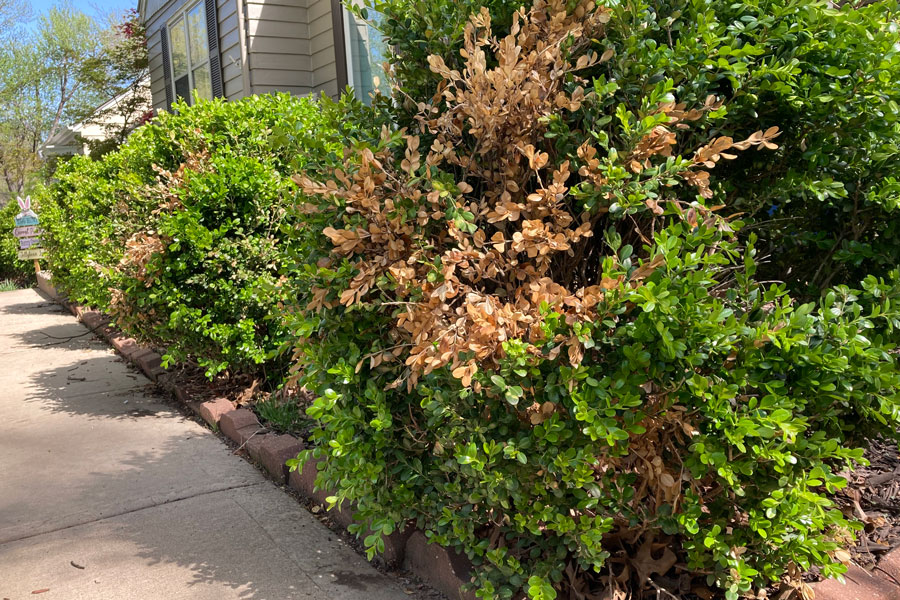 Boxwood shrubs across Johnson County, including a few in front of Post editor Kyle Palmer's home in Roeland Park, above, are turning brown. He thinks he knows why after the Post spoke with a local horticulture expert. Photo credit Kyle Palmer.

If you’ve got boxwood shrubs, you may have noticed them turning brown this spring.

The Post spoke with Dennis Patton, a horticulturist at the Johnson County Kansas State University Research and Extension Office, to find out why this is happening so much right now — and what Johnson Countians can do to potentially revive their shrubs.

Why are my boxwoods dying?

Mainly, Patton said, the fairly durable boxwoods are desiccating, or drying out, because of the drier than normal winter we just experienced. \

Boxwoods don’t lose their leaves during winter like other deciduous plants, he said, which makes it more difficult for them to retain moisture during colder temperatures — especially when coupled with winds and lower amounts of rain or snowfall.

Folks who got a bit overzealous with ice melt ahead of winter snowfalls may notice similar desiccation, Patton said. Since boxwoods are commonly used as hedges near driveways and walkways, ice melt gets washed or swept into soil causing damage to the roots, he said.

Could pests be a problem?

But he cautions that even though boxwood blight is what often comes up in Google searches, Patton said, the disease is not prevalent in the Kansas City region, meaning the browning of your boxwoods may be caused by something else.

How can I revive my boxwoods?

First, boxwood owners need to identify the problem to help tailor the solution. If the browning is concentrated near the sidewalk or driveway and the back of the boxwood is green, it’s more likely that ice melt application during the winter caused the damage.

Those who need help identifying the problem, Patton said, can call the Research and Extension’s garden hotline at (913) 715-7050.

Generally, though, Patton said he recommends pruning the dead portions of the plant. This opens up the boxwood and allows in more sunlight, which can spurs new growth over the next year, he said.

Another option is to not sheer boxwoods too tightly, Patton said. The more green foliage on the plant, the better the chance of photosynthesis properly working its magic, he said.

What if that doesn’t work? Should I just plant new boxwoods?

Sometimes, there is nothing to do but start fresh, Patton said.

If you’re on the fence about planting new boxwoods, Patton said now is the best time to make the jump. Planting new boxwoods in spring allows at least one month for the root system to settle in before hot summer weather hits, he said.

Boxwoods can be found at just about any nursery in the metro area, Patton said.

What do I have to do after I plant boxwoods?

While they’re fairly durable to sun, shade, heat and even drought intake, they aren’t indestructible, he warns.

Patton suggests watering boxwoods every two to three weeks during the summer if there aren’t soaking up rain water.

To avoid future desiccation from potentially dry falls and winters, he said, give boxwoods a good, final watering in September or October to hold them over in the winter.

Key quote: “Kansas City is just not evergreen plant material territory, and so we don’t have a lot of evergreen choices — especially ones that stay a little bit smaller (in) height and width,” Patton said. “Boxwoods, I think, are still a good solution for our evergreen needs.” 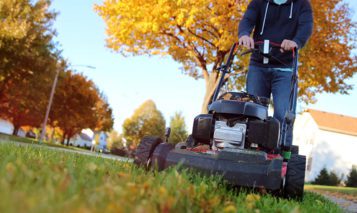 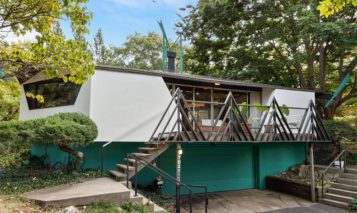 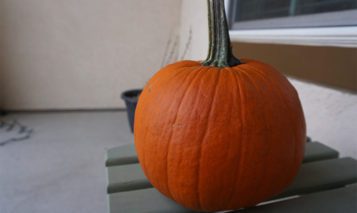 Need to get rid of your pumpkins? Here’s how you can dispose of them in JoCo 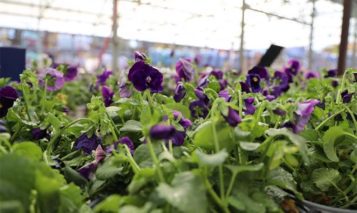 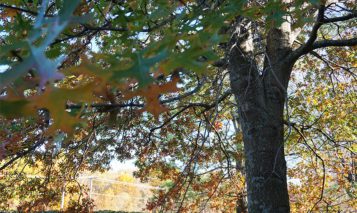