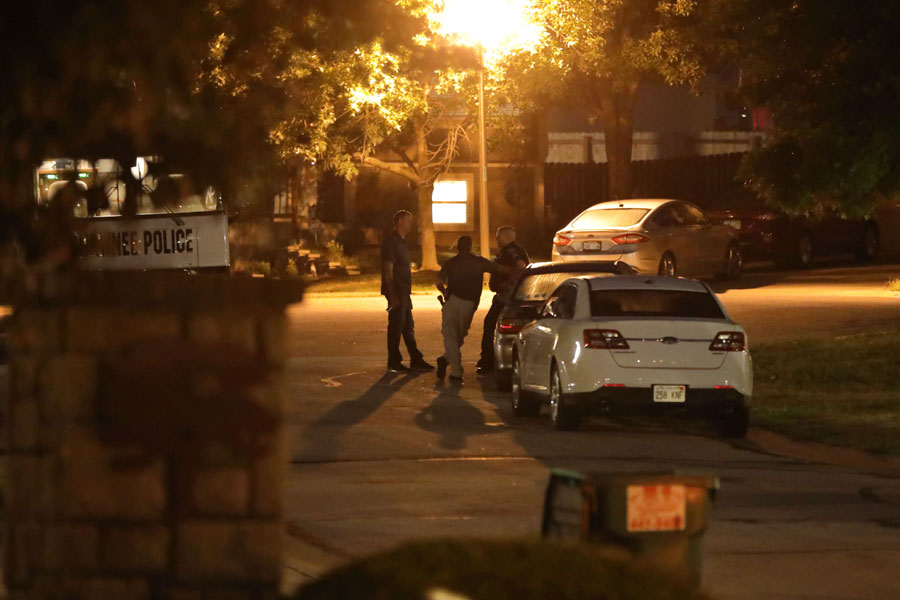 Detectives on the scene in August 2018 investigating a stabbing near 51st Place and Monticello Road. File photo credit Mike Frizzell.

A Paola man has been sentenced to more than 20 years in prison for a 2018 murder in Shawnee.

Vincenzo A. Lucasta, 52, pleaded no contest to a charge of second-degree murder back in January. On April 14, Johnson County District Court Judge Neil Foth sentenced Lucasta to 21 years and six months in prison for the murder of David J. Paterno.

In the early morning hours of August 8, 2018, Shawnee Police were called to the home of David J. Paterno near 51st Place and Monticello Road on reports of a physical disturbance.

Police found Paterno, 57, stabbed and severely injured inside his home. The unknown suspect later determined to be Lucasta, had fled the scene before police arrived.

Paterno was transported to an area hospital in critical condition, where he later died.

Shawnee Police requested the assistance of the Kansas City Metro Squad, which brings in detectives from across the metropolitan area to assist with major investigations.

Detectives arrested Lucasta five days after the murder. He was booked into the Johnson County Jail with a $2 million bail, and he has remained in Sheriff’s Office custody since his arrest.

Lucasta will be transferred to the Kansas Department of Corrections to serve his sentence.