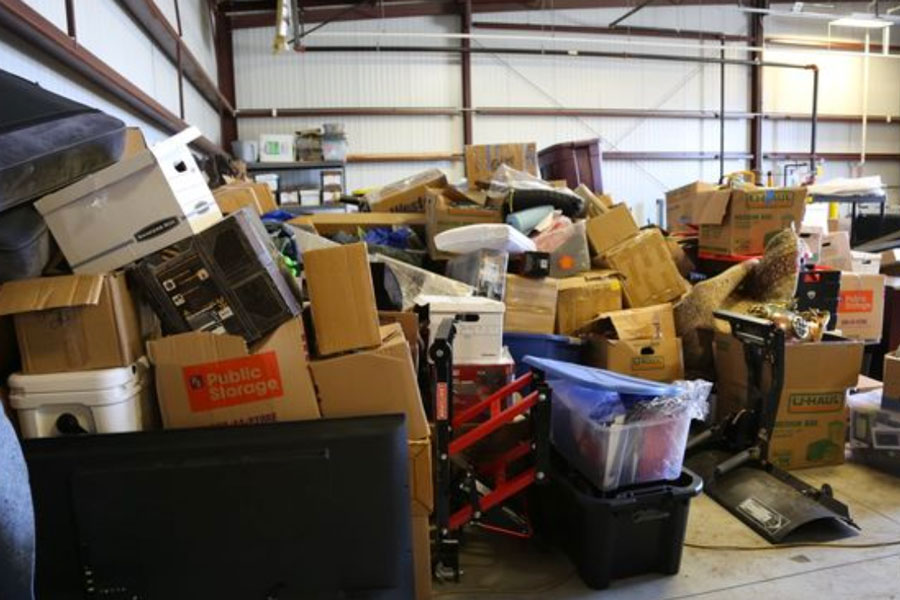 A St. Louis man is accused of stealing hundreds of thousands of dollars worth of good from storage units in Kansas City, Missouri. Authorities say he is linked to several allege storage unit thefts in Johnson County, as well. Image of recovered stolen property from KCPD Twitter

A Missouri man now in custody for allegedly stealing at least $250,000 worth of goods from storage units in Kansas City, Missouri, has also been linked to similar crimes in Johnson County, according to authorities.

Local law enforcement officials are encouraging Johnson County residents who own storage units to double check their belongings and keep them secure, following the arrest of Edward Ewell earlier this month.

Here’s what you need to know about the alleged storage unit thefts in the county — and how to keep storage units as protected as possible.

The original case: Edward Ewell of St. Louis was taken into police custody on April 14 for dozens of burglaries of storage unit in Kansas City.

According to investigators, Ewell is accused of cutting off and replacing storage unit locks in addition to stealing goods inside units.

Our detectives have recovered another $250,000 in stolen items connected to the thief who has been breaking into storage units and installing “fake” locks to cover up the crime.

A spokesperson with KCPD said some of the stolen property reported in those cities has already been recovered by police.

Ewell is currently facing charges for stealing from a storage unit at a financial office in Prairie Village, court records say. The charges include theft, identity theft and burglary of a structure.

Overland Park Police Public Information Officer John Lacy said OPPD is working with KCPD to identify potential victims, but the city is still investigating to see how many thefts may have occurred in Overland Park.

Danny Chavez of the Lenexa Police Department said that department is also working with KCPD to identify victims as well and to return stolen property.

Protecting your storage: Police officials generally encourage storage unit owners to have as secure of a lock on their units as possible and to keep regular tabs on their storage units.

Lacy said many storage unit theft cases go undetected because owners don’t regularly check their storage units. Residents who own storage units are encouraged to check the locks and the goods inside frequently.

He said storage facilities with only internal hallway access to units are preferable to those with exterior access to storage units.

Yeldell said they should also use unique passwords or lock combinations on their storage units.

People with storage units should also inventory their goods, including photos of each item and serial numbers, if applicable.