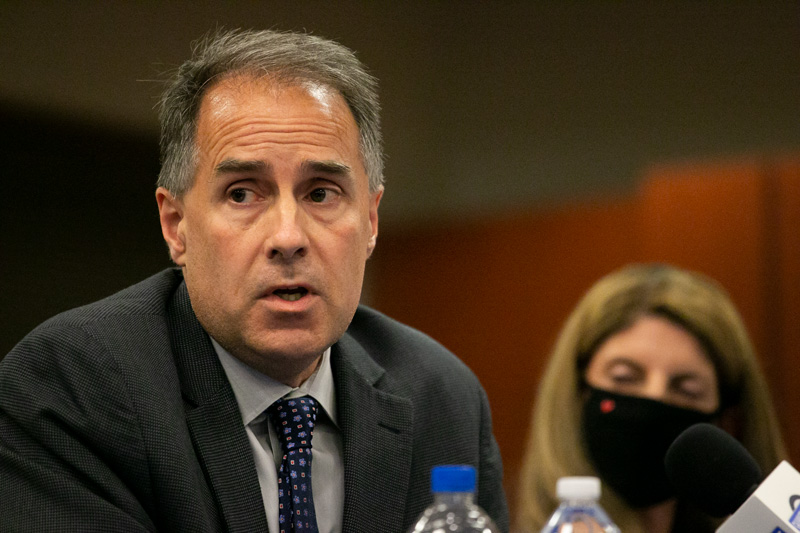 The petition organizers took exception to recent tweets from McMullen, which they said were transphobic and "derogatory" towards the LGBTQ community. File photo.

In roughly 48 hours, a petition demanding Blue Valley school board member Jim McMullen be censured and removed from the board has gained more than 2,700 signatures from people who have expressed concerns about a series of recent tweets from McMullen that they say are transphobic.

The tweets: The petition, which was started by a group of parents calling themsleves Blue Valley 4 All, includes screen grabs of posts from McMullen’s now-deleted Twitter account.

On March 31, McMullen, from his account which identified him as a Blue Valley school board member, tweeted in response to a short video message from President Joe Biden: “President embracing child abuse.”

Biden’s message was meant to mark the Transgender Day of Visibility and included Biden telling parents of transgender children that “affirming your child’s identity is one of the most powerful things you can do to keep them safe and healthy.”

From the same account the next day, McMullen tweeted in response to another user questioning his earlier tweet: “I don’t agree at all. And I’ll continue to speak out about the poison that is gender ideology.”

That tweet was then followed up by another a few days later replying to the same user who asked McMullen, “Should we also not say gay in schools?,” to which McCullen tweeted in response, “Of course we shouldn’t.”

The petition: In addition to demanding McMullen’s immediate censure and removal from the board, the petition also asks the first-term board member be disqualified from any decisions the board makes relating to LGBTQ issues, students or district personnel until he is removed or resigns.

The petition says that McMullen’s tweets are not only “opposed to Blue Valley’s Mission ‘to create a safe and inclusive environment to maximize the potential of ALL,’ but directly target and isolate valued members of our community.”

It ends by saying “every student, teacher and staff member deserves to feel safe, protected and supported in their school or workplace. Our kids and community demand it.”

“In recent days, there have been demands for me to step down as a school board member. Why? On April 1st, I posted a tweet highly critical of President Biden’s statement the prior day (which was Transgender Day of Visibility) because the President gave his support for “gender-affirming care” for youth, and I then had a follow-up exchange.

“I think gender ideology harms kids; it is one of the most important societal issues that we need to be willing to address even in the face of extreme criticism. These are my individual political views. I don’t speak for the board.

“I also hold important non-political views. Our public schools should treat everybody equally, regardless of identity or situation. I began my career as a public school teacher. You treat everybody as you encounter them, and you do so with empathy. Additionally, all students should be able to attend school in a positive and uplifting educational environment; we as a community, however, do have different ideas on what that means and how to achieve that.”

The history: This is not the first time McMullen has faced criticism for his comments about the LGBTQ community.

Before being elected to the board in November, McCullen posted on his social media “there are no 8 year old transgender kids” and also said ABC was “promoting a child abuser” in reference to the parent of a transgender child who was allowed to ask a question of President Biden during a forum hosted by ABC.

A lawyer, McMullen heads a merchant banking firm called Royal Blue Capital, which invests in and advises corporate clients on mergers and acquisitions and other transactions.

Before that he practiced law with a law firm then known as Shapiro & Protzman, served as chief operating officer and general counsel of Jayhawk Capital Management, an investment management firm based in Shawnee, and served as counsel at the Overland Park-based trucking company now known as YRC Freight.

KCUR’s Jodi Fortino and Dan Margolies contributed to this report. 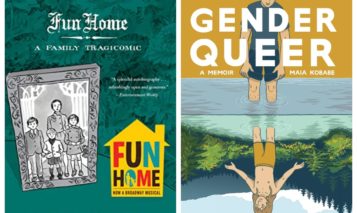 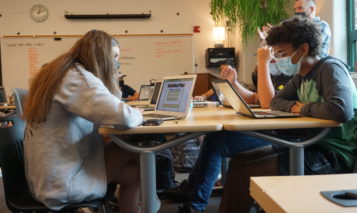 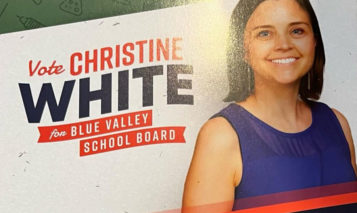 Christine White, Blue Valley school board candidate who bowed out, says she did not authorize campaign mailers