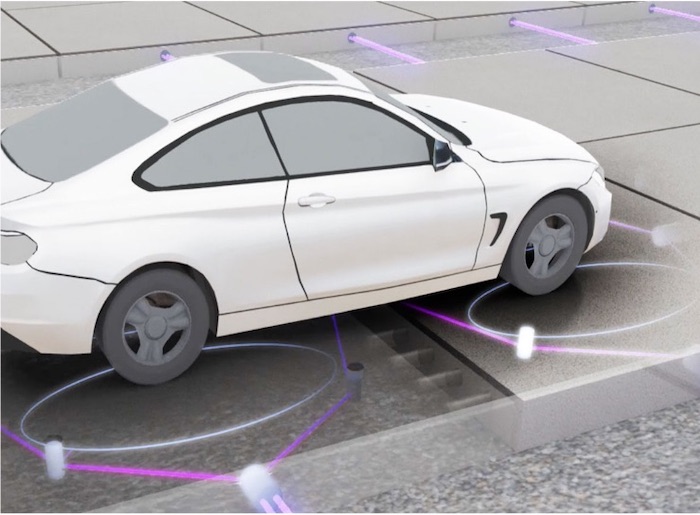 Lenexa could get its first smart pavement intersection at 93rd and Renner near Lenexa City Center later this year. File image.

Why it matters: The city council approved a series of agreements that will soon launch a 10-year pilot deployment of smart infrastructure at five key intersections within the city’s central hub near I-435 and West 87th Street Parkway.

Leading the project is Integrated Roadways, a Kansas City-based tech company, which is doing business as Showcase City Center LLC. Kiewit Engineering is also involved in the project.

Where exactly: The first phase is slated to begin later this year, with deployment of smart pavement at the intersection at West 93rd Street and Renner Boulevard, a direct access to I-435.

How it works: The smart pavement system — a series of precast concrete slabs with sensors — provides anonymous traffic data where they are deployed.

The sensors are embedded with digital technology and fiber optic connectivity that can track real-time traffic data, project representatives said.

Eventually, the technology could also provide wi-fi, 5G and Bluetooth capabilities and, ultimately, charging and connectivity services for autonomous vehicles.

Miguel Jaramillo with Integrated Roadways said Lenexa could also be the first city in the United States to showcase the company’s ability to wirelessly charge electric vehicles through the smart pavement intersections. Integrated Roadways successfully completed such a demonstration in Detroit a few weeks ago.

The $10 to $15 million project is just the first phase with these five intersections as part of an overall $250 million investment with the additional capabilities to deliver autonomous, wirelessly charged transit and transportation options throughout Lenexa City Center, Jaramillo noted.

Council approval: After some discussion and a brief presentation from Showcase City Center, the Lenexa City Council unanimously approved three key agreements for the project:

Key quote: “Ultimately, the goal here is to match and mirror what the city of Lenexa is focused on from a capital improvement standpoint,” Miguel Jaramillo with Integrated Roadway told the city council this week. “But we’re also looking to deploy some new technology after we get to the first couple of intersections into the ground here.”

Next steps: The city and Showcase City Center can now enter the first phase of the project, with construction and deployment of the smart pavement at 93rd and Renner in Lenexa City Center. Construction could start later this year. 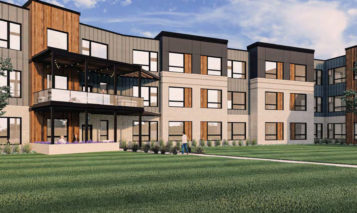