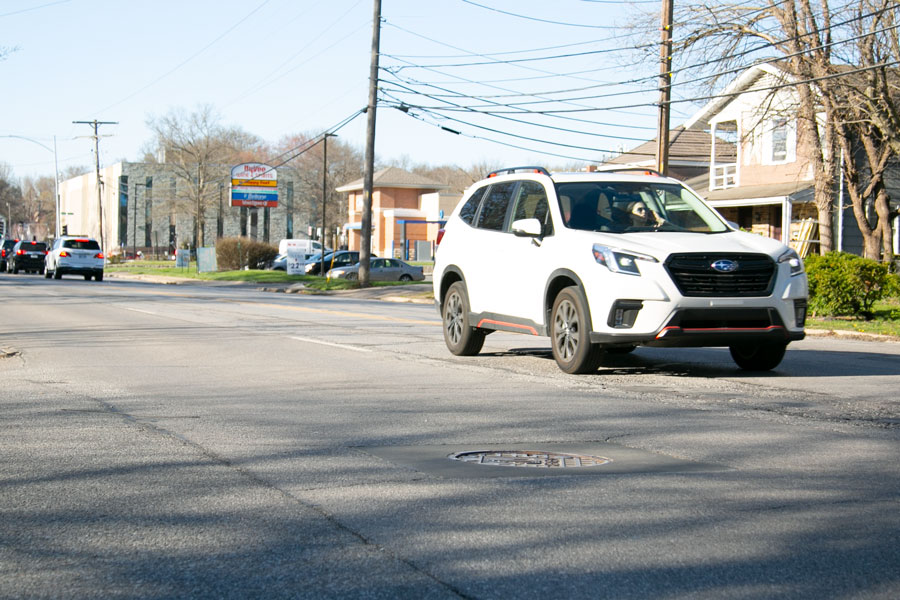 Prairie Village and Kansas City, Missouri, are working together to improve a bumpy stretch of State Line Road between 75th and 79th Streets.

The timeline: Melissa Prenger, the city’s senior project manager, told the Post via email the repaving project should only take a few weeks to complete.

First, an interlocal agreement, which the city council approved Monday, needs to be approved by the attorney general’s office, she said.

This is because the project crosses state lines, Prenger said. The attorney general’s approval and then sending the agreement to Kansas City officials can take between two to four weeks, she said.

So much so in fact that Prairie Village officials consider the repair project an emergency, according to city documents.

Kansas City appears to be on board with fixing it.

Recent deterioration led to the interlocal agreement between the two cities — both of which want to repair conditions as soon as possible, according to city documents.

Projected cost: Prairie Village plans to split the $305,000 to repair State Line with Kansas City, bringing the city’s total obligation for the project to $152,000.

Prairie Village plans to pay for this project out of its “streets unallocated” fund, meaning it should not impact 2022 capital improvement program projects, according to the city.

What’s next: City staff will send the interlocal agreement to the attorney general’s office for approval, and then send the agreement to Kansas City, Prenger told the Post.

The city council will consider a contract with a construction company at a future meeting, according to city documents.

Key quote: “If any of you have driven State Line Road from 75th to 79th, you know this is much needed work,” Prenger told the city council on Monday. “We were very pleased when we reached out to Kansas City, that they came back with a resounding ‘yes’ that they would be able to participate this year.”