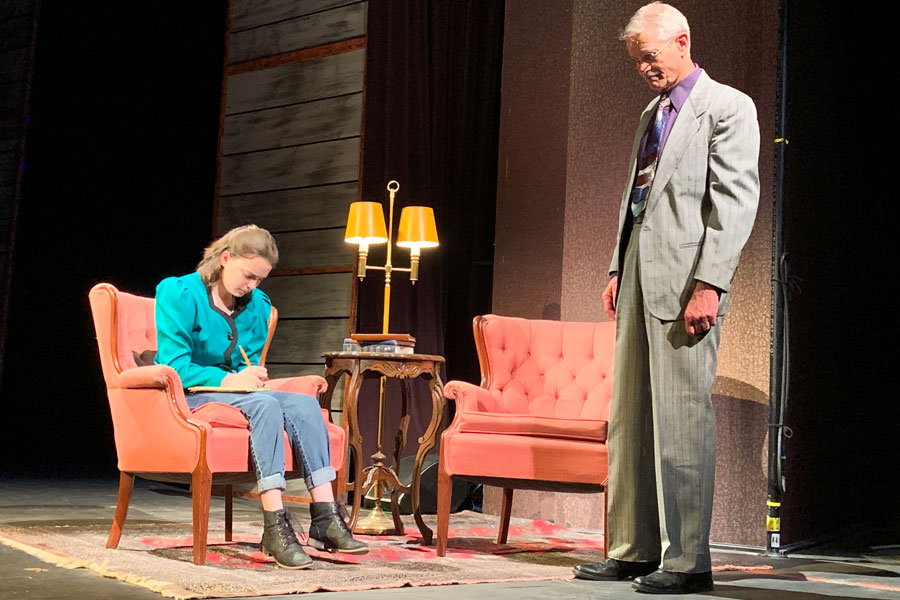 "Surviving Hitler" is a play adapted from Prairie Village author Andrea Warren's best-selling book about the life of Jack Mandelbaum, who is about to turn 95 and has been a fixture in the metro's Jewish community for decades. The show debuts at The White Theatre at the Jewish Community Center in Overland Park on Saturday. Photo credit The White Theatre.

“Surviving Hitler,” a play adapted from Prairie Village author Andrea Warren’s best-selling book, opens this Saturday for a limited run at The White Theatre at the Jewish Community Center of Greater Kansas City in Overland Park.

Mandelbaum, now 94, became an integral part of the Kansas City Jewish community when he moved here. Over the intervening decades, he has dedicated much of his time to Holocaust education.

In 1993, he co-founded the Midwest Center for Holocaust Education — housed at The J in Overland Park.

He now lives in Florida, but Warren said he remains a beloved member of Kansas City’s Jewish community.

The process: Warren originally published “Surviving Hitler: A Boy in the Nazi Death Camps” in 2001, after years of researching and interviewing Mandelbaum.

She said Keith Widenkeller, JCC director of arts and culture, was the one who approached her about adapting the book into a play.

Warren spent much of the last couple of years working on the “Surviving Hitler” script alongside director Tim Bair, producing artistic director for Johnson County’s Theater in the Park.

The details: Bair said the play is narrated by “older Jack,” who is being interviewed by a high school reporter in 1993 as the Midwest Center for Holocaust Education is being dedicated.

As “Older Jack” narrates his life story, the play flips back and forth between narration and scenes in flashback of a younger Mandelbaum’s experiences, Bair said.

Key quote: “I hope people walk out of [“Surviving Hitler”], not only having seen a story of great courage and inspiration, but that they think a little harder about what’s going on around them,” Warren said.

Tickets and shows: Tickets for the 90-minute-long plan can be purchased online here.

The show will run from Saturday, April 9 through Thursday, April 14.

The showing for April 10, which is Mandelbaum’s 95th birthday, is already sold out.