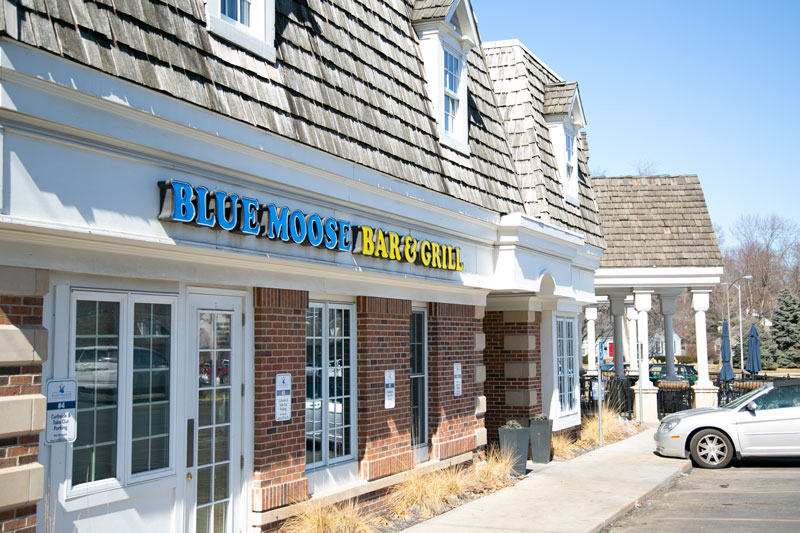 Blue Moose Bar and Grill at the Shops of Prairie Village is closing its doors for good — but a new concept is on its way, according to ownership group KC Hopps. File photo.

Blue Moose Bar and Grill at the Shops of Prairie Village is closing its doors for good to make way for a new restaurant, according to a press release from KC Hopps, which owns Blue Moose.

Why it matters: A bar and grill beloved by locals, Blue Moose operated out of a strip mall on the western edge of the Shops at 4160 W. 71st Street for 20 years.

It nearly closed in late 2020, but remained opened, in part, due to community support and a round of federal COVID-19 relief.

What’s coming next: It will be replaced by Gravity, which the KC Hopps press release describes as a new American concept with seasonal menus, a focus on local beers and a “contemporary and energetic bar atmosphere.”

Gravity, like Blue Moose, will be owned and operated by restaurant group KC Hopps and a “group of local investors,” according to the company.

Background: Blue Moose at the Shops originally planned to close in December 2020, citing ongoing economic fallout due to COVID-19.

But the bar and grill shifted gears days before its pending closure date and instead announced it would stay open, thanks to community support and a round of federal COVID-19 relief for small businesses.

What happens now: Gravity plans to open later this spring, though a specific date is unknown at this time.

The new restaurant will feature a new dining room area with updated furniture, and the cocktail bar will be located on the south side of the space and connect to an existing covered patio area.

Menu items are set to include seafood linguini, seasonal flatbreads, filet and frites and more.

Key quote: “We are looking forward to a revitalized concept and remodel to serve the Prairie Village community,” KC Hopps President Ed Nelson said in the release. “The Blue Moose had a long and successful run. However, everything must end. We are excited for the opportunity to bring Prairie Village a new and exciting concept.”