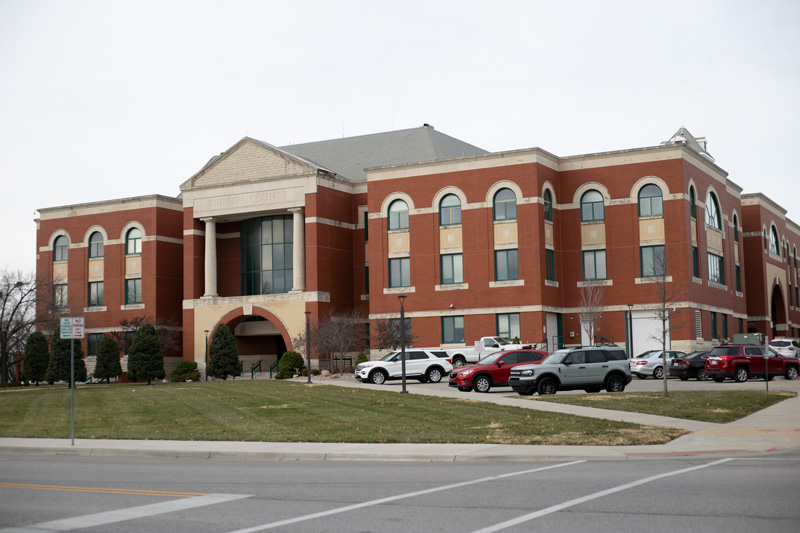 County commissioners on Thursday approved a scaled down plan to enhance the security of the county administration building in downtown Olathe, above, that includes two armed security guards and structural changes to make the entrance more secure. File image.

Johnson County commissioners demurred on a plan that would have put a metal detector and six sheriff’s employees at the entrance to the county administration building in Olathe.

But they decided Thursday to go ahead with a less ambitious proposal for two civilian security officers and some structural changes to make the entrance more secure.

Sheriff Calvin Hayden warned commissioners last week that the building which houses their hearing room as well as the county human resources department, is a high security risk.

This week, Hayden and Deputy County Manager Maury Thompson brought a compromise plan that will put two “blue coat” officers in the lobby and make the entrance improvements.

Blue coat sheriff employees are retired officers with at least fifteen years experience who will be armed.

The commission voted unanimously in favor of building improvements, but 5-2 for the recommendation on additional officers, with Commissioners Michael Ashcraft and Jeff Meyers voting against.

They okayed it as a temporary pilot project so the need for it could be reassessed at the end of the year.

Hayden made it clear he still prefers the original plan because of the degree of risk for county employees.

“It’s better than nothing,” he said of the compromise, “but once a gun is in here, it’s too late for us to be able to do anything.”

Hayden told the commission last week that response time to the building was four-and-a-half minutes during a recent test. The backlog of court cases has many deputies committed to courtrooms at the county courthouse a block away. Hayden said the trip down from higher floors and across a busy intersection makes the response less than ideal.

Over the last two years, the county administration building has been the scene of several loud protests from residents angry over pandemic health rules.

Hayden told the commission he would still assign sworn deputies to their hearing room for those types of meetings because he is not comfortable with putting the blue coat officers in confrontational situations that could become physical.

But commission meetings make up only a small part of the potential danger, he said. Staff who work in the building, particularly in human resources, are more at risk.

“Every threat we’ve had in this building has been from disgruntled employees,” he said.

Commissioner Charlotte O’Hara said people have become used to doing business online and wondered whether traffic in the building will return to pre-pandemic levels.

Commissioner Ashcraft asked whether the county could use private security rather than the sheriff’s “blue coats.” 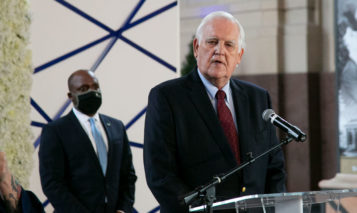 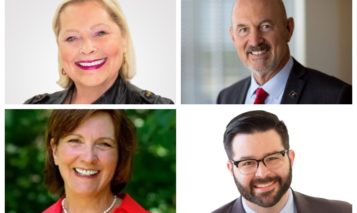