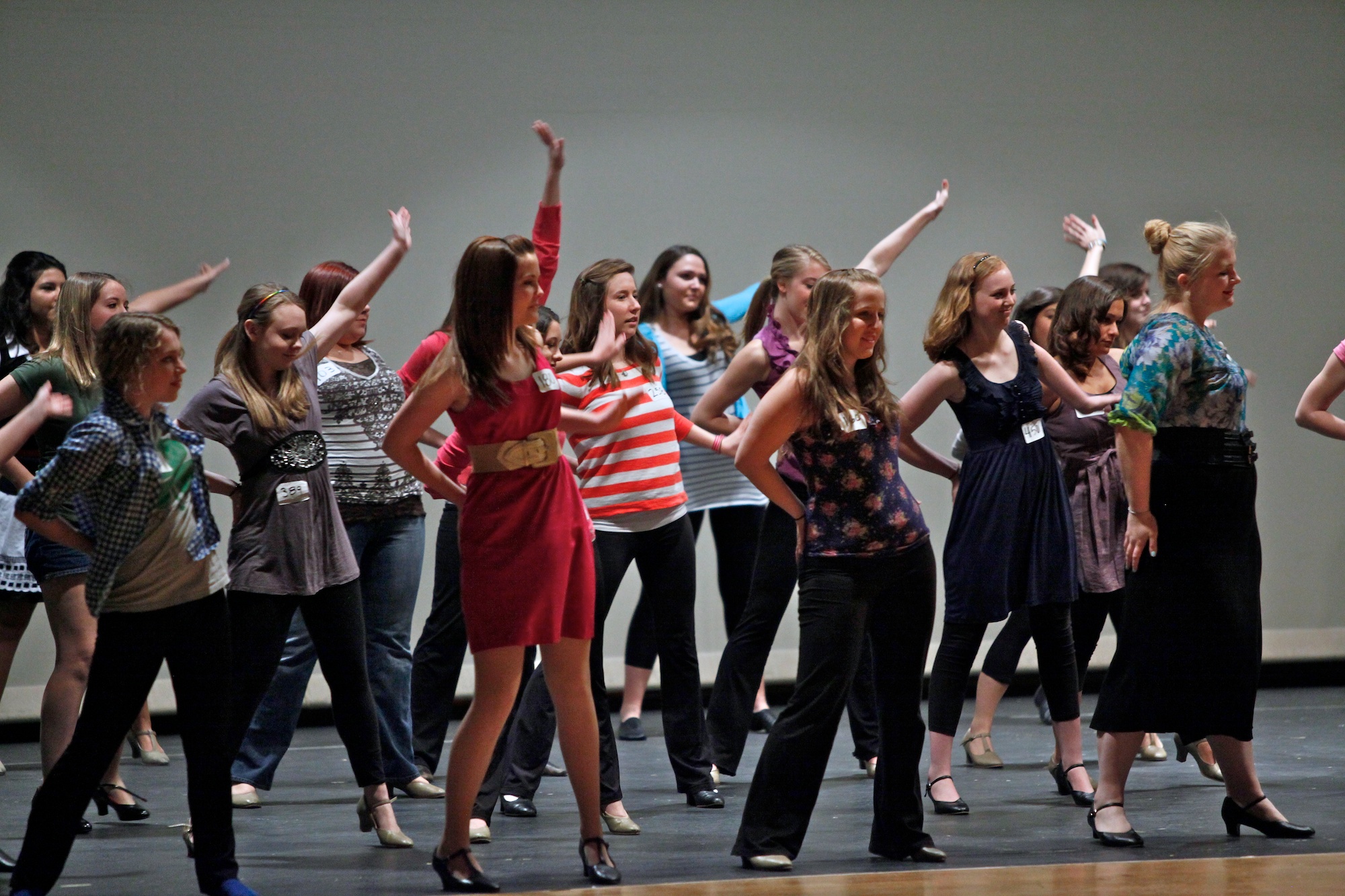 Each year Theatre in the Park has between 100 - 200 roles available for singers, dancers, and actors.

In just a little over two months, we open our 53rd OUTDOOR season at Theatre in the Park!

Yea, it’s just around the corner! Oh, but first… AUDITIONS! The time of year that hundreds of people look forward to! Singing, dancing, and seeing friends from shows from years past. It’s a great weekend. Mark your calendars for Saturday, April 9 and Sunday, April 10. You can see all the details online at theatreinthepark.org.

Each year, based on what shows are in our season, we have 100 – 200 roles available for singers, dancers, and actors on our stage. This year, we run the gamut of roles for middle schoolers (“School of Rock”) to teenagers (Disney’s “Descendants the Musical,” “Zombie Prom,” and “The SpongeBob Musical”) and adults (“Something Rotten,” and most other shows too.) We’ve really got something for everyone!

I know what you’re thinking right now. “How do I get to have my 15 minutes in the spotlight?” Well, it might be easier than you think!

First, you need a song. But not an ENTIRE song. Just 16 bars. A nice verse and chorus would do it. Something that shows off your voice. If you have a favorite musical, pick a song from that! Something that fits your voice and shows off what ya got! Don’t forget the sheet music! We have an accompanist and they will play for you. Put a big “START HERE” where you’re going to start your song, and “END” where you are going to finish. Easy!

Pick a nice outfit. Something snappy. Again, something that shows you off!

Now, there’s also a dance section of the audition. DON’T BE SCARED! (Technically, the dance audition is not required, but you should give it a go.) The choreographers from all our shows will teach the dance combination, and the goal here is to just do the best you can! That’s all. Not all of us are Baryshnikov, after all! The choreographers just want to see HOW you move, and how willing you are to TRY! See, there are lots of roles in each show, and not all of them have to do huge dance numbers. But it is a musical, after all, and most of the songs have “staging” involved. So, it’s nice to see whether you can walk or sway in rhythm. Just give it your best shot! There will be lots of people trying and everybody will have a different level of dance ability. Just go have fun, and then you can add it to the “adventures I’ve had in my life” list!

And that is all there is to it! A song, and a dance!

Following the initial audition… that’s when the work REALLY begins for all of the directors and their production teams.

We might see upwards of 500 people audition and the big task then is narrowing down the numbers and options for all the characters in each of the shows. Some casts may have 30 openings, others 25. Each one of those openings (especially the principal characters) might have three or four people that would fit the bill. It’s the job of the production teams to decide what mix of people might be good on stage together. It’s rather daunting, actually. But our teams are pretty good at it. They’ve had LOTS of experience!

Once the list of options is put together, we have “callback” auditions. That’s when the directors get to see individual actors, singers, and dancers for specific roles. So, for example, three or four people might be called back for the character of SpongeBob, and each one of them will sing and read specific things that the director asks them to. That way, the directors can see everyone for that character together at the same time and can determine which actor fits most closely the vision of what the director wants.

Every show gets one night to hold their callback auditions. Some actors might be called back for more than one show too! In fact, there have been times when some actors were called back for roles in ALL FIVE SHOWS! Of course, you can’t BE in all five shows since rehearsals and performances overlap too much. It’s a VERY busy summer of rehearsing and performing at Theatre in the Park!

In the end, we will have final decisions by the next week and posted online. Rehearsals for our first show will begin shortly after that. And then… before we know it… it will be June 3, and we will open our first show of the season!

Intrigued? Remember… a short song and a go at a short dance… easy!