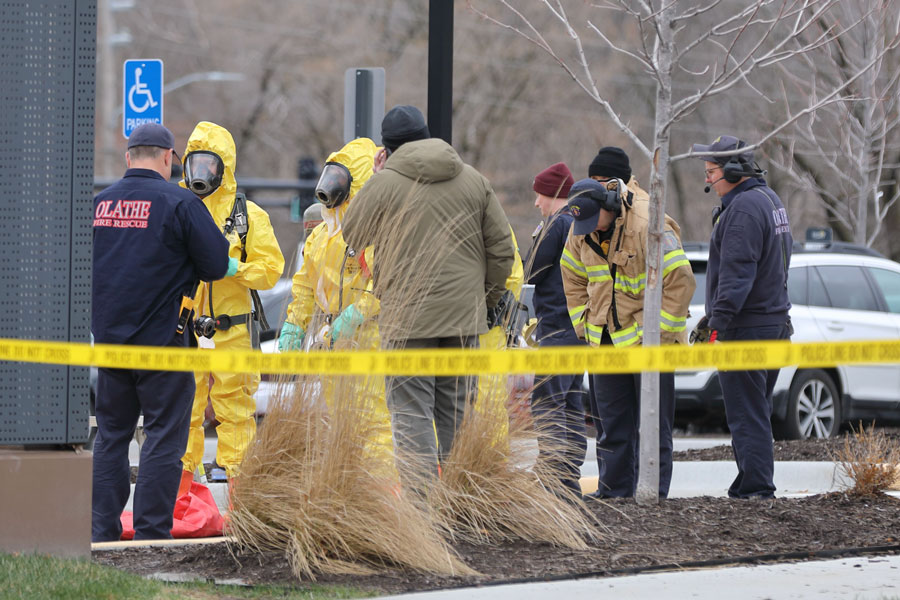 A hazmat team began investigating the powder earlier Thursday after being called to the courthouse in downtown Olathe.

“An unknown white powdery substance was discovered in the courthouse mailroom,” Sheriff’s Office spokesperson Shelby Colburn said in an emailed response to questions.

Firefighters from the Olathe Fire Department’s hazardous materials team were at the scene Thursday afternoon, working to determine if the substance is harmful or not.

Johnson County Med-Act also had a hazmat team at the location and several ambulances were on standby.

Employees in the room when the powder was found were being quarantined until the hazmat team could determine what the substance is, according to investigators.

It’s not clear where exactly that quarantine is taking place.

The Sheriff’s Office said most employees remained inside the courthouse Thursday afternoon, and there was no danger to the public.

Workers could be seen inside the courthouse looking out windows at emergency crews staging outside.

Sheriff’s Deputies had blocked off the parking lot on the north side of the courthouse, along with N. Cherry Street between E. Spruce and E. Poplar Street.