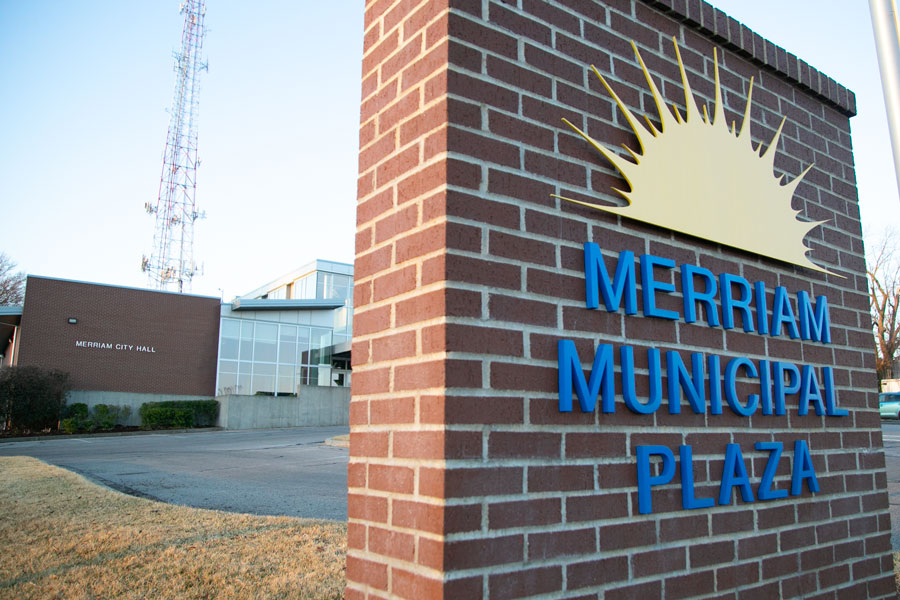 Merriam city employees will receive a 4.15% one-time retention bonus, which city staff says is to show appreciation for the work they've done over the last couple of years. Above, Merriam City Hall. Photo credit Juliana Garcia.

Why it matters: Merriam is experiencing staffing shortages — just like other cities, and even hospitals and school districts. The city is seeing fewer applicants to fill vacancies, particularly in the public works and police departments, according to city documents.

City Administrator Chris Engel said the city traditionally faces competition from other local government agencies. Now, he said, it’s gotten to the point where the city is competing with Hy-Vee for police officers.

Engel said he sees the one-time retention bonus as a thank you to the staff who went above and beyond in the last couple of years. The move is similar to that of Prairie Village’s October decision to boost employee pay to address staffing shortages brought on by COVID-19.

The details: City staff landed on a 4.15% bonus for all full-time and regular part-time employees based on Dec. 31, 2021 salaries (in the event that some employees have received a 3% merit bonus this year).

Engel said this will cost the city about $300,000, and can be paid for out of the contingency fund. The bonus will be offset by the hundreds of thousands of dollars the city never spent in 2021 on salaries due to vacancies, he said.

What’s next: The city council also approved a salary survey to see if its compensation and benefits are competitive in the market. Engel said if the survey finds a position or multiple positions that need a compensation or benefit increase in some way, he is likely to bring a recommendation to do so before the city council.

Any recommendations about compensation and benefits that result from the salary survey must first be approved by the city council. The recommendations would not take effect until 2023, Engel said.

Key quote: “We got about $800,000 of unspent salary from last year — that’s quite a bit of money,” Engel said. “That’s because we have positions that we didn’t fill. That’s not work that didn’t get done, that’s work that got pushed on other employees and we made up for with the workforce that we have.”