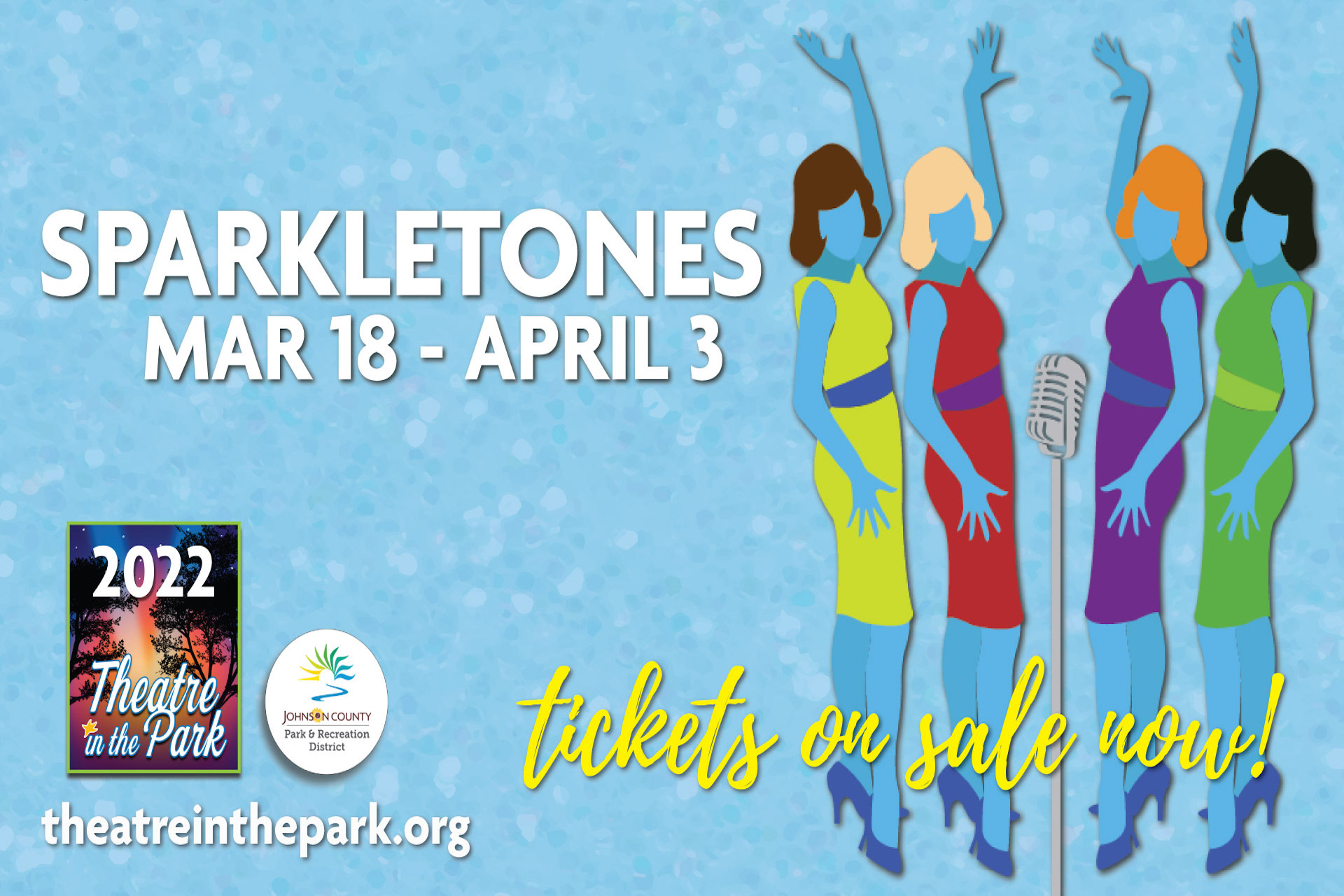 It feels like spring has finally sprung, and this week… we get to introduce “The Sparkletones” to the world and kick off our 2022 season with a big ol’ bang!

In short… “The Sparkletones” is a heartwarming new musical drama about sisterhood and song, and how love endures no matter the time or distance.

The story of the four women in “The Sparkletones,” centers around four dear friends who find themselves stranded in a rural Kansas diner one stormy winter evening. On this night, their lives veer forever toward both the bitter and the sweet. The show weaves musically through 30 years, and marks the passage of time through an energetic, beautiful, and memorable score.

We are in tech rehearsal now, which means the show is staged, the music is learned, the choreography is all put together, and now we add all the technical elements. Lights, sound, costumes, hair, makeup… it’s all coming together!

I saw a rehearsal a couple of nights ago, and it is an absolute delight. Terrific voices, charming and delightful dancing, and a story that will actually take you on quite a roller coaster ride! It’s the perfect show to open our 2022 season!

Oh, and did I mention… IT’S A WORLD PREMIERE?!! You can be the first to see a show that I’m convinced will have a very long life in theaters around the country.

Something REALLY great about this show is that it is written by two local playwrights – Krista Eyler and Barb Nichols, both TIP veterans and well, friends actually!

I asked the two how this show made its way to the page (and stage). I thought I’d share a little history and background with you!

TIM: Krista, this show is inspired by your mom and a singing group she was a member of, right?

KRISTA: Yes! My mother, Dr. Annehara Tatschl, has been a lifelong, classically trained soprano who was asked to join a Sweet Adelines group in Manhattan, Kansas, in the late-1960s. This group would sing at community or church gatherings as the women could find opportunities. They decided on the name, “The Sparkletones,” as my mother recently discovered through letters to group members (as well as to other non-singing participants in a “Round Robin” letter group).

TIM: A “Round Robin” group?

KRISTA: Yes! My mother kept in touch with her friends through letters over a 40+ year time period.

TIM: That’s a lot of letters! In the show you actually use that letter writing group as a convention for story telling.

BARB: Yes, Krista and I thought the two elements of music and letter writing could make a pretty touching musical.

KRISTA: So, with mom’s permission and support, we did just that!

TIM: I’m curious… did everything that happens in the play happen to your mom’s group when they were singing together?

KRISTA: “The Sparkletones” is inspired by my mom and that group of women, but the story within it is a work of fiction.

TIM: So, this is not the first musical you two have worked on, is it?

KRISTA: NO! Barb and I began writing “Overture the Musical” in December of 2016. It is the partly fictionalized story of one week in the life of the Kansas City Philharmonic during its 1953 season.

TIM: I happen to know… that collaboration went very well, didn’t it?

BARB: It certainly did! We previewed the first act at the 2018 KC Fringe Festival, then went on to our two-act version which played at the Arts Asylum in downtown KC in September of 2018. We applied for admission to the New York Musical Festival (NYMF) around the same time.

KRISTA: Out of about 200 applicants, Overture was selected as a Top 19 Grand Jury Finalist… and… we got to produce the show Off-Broadway in NYC in the Summer of 2019!

KRISTA: We were awarded the Best of Fest – Audience Choice Prize!

BARB: Which was one of two coveted festival awards!

TIM: That’s so great! And that all led then, to “The Sparkletones”?!

KRISTA: Barb and I felt we had much more to write about, so we decided to embark on a second musical together. And here we are!

You can probably tell, I’m really excited about this show, and so happy that we get to share it with our TIP family.

So… DON’T MISS IT!! Tickets are on sale now and are selling really well!

Visit our box office online at theatreinthepark.org and get your tickets while the gettin’ is good!