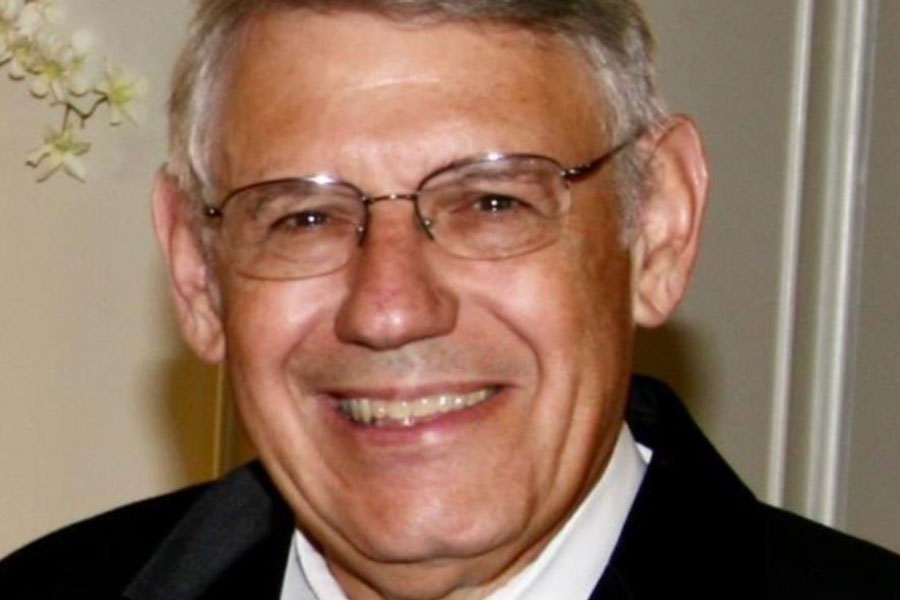 He is survived by his three daughters and their families, which include Matier’s nine grandchildren.

He was an outdoor enthusiast, who enjoyed biking and was involved with the Kansas City Ski Club, according to the obituary. He also enjoyed taking “long walks with his beloved dog, Bella.”

“He loved celebrating milestones with his three daughters and their families and got so much joy out of entertaining his grandchildren with magic tricks and a variety of his inventions,” the obituary says.

Matier was born in 1942 in St. Louis, and graduated from the University of Missouri in 1965, later earning a masters degree in business administration from UMKC.

His professional career included stints at now-defunct airline TWA, as well as Sprint. But he was more well known around Merriam for being a frequent observer and commentator on civic life in the city.

For years, Matier regularly attended Merriam City Council meetings, recorded them and posted them on his YouTube channel.

He maintained a newsletter called “What’s Happening in Merriam City Hall” and frequently voiced his criticism of city decisions, including opposition to a piece of public art that was ultimately installed at Waterfall Park in 2019.

“He was very involved with his local city council and took pride in being the voice of the people,” the obituary reads. “He volunteered his technology skills to various organizations by building websites, and documenting events with photos and videos.”

Matier ran unsuccessfully for Merriam City Council several times, most recently in the 2019 primary. In that contest, he came in third running against Staci Chivetta, who is now a Ward 4 councilmember, and Bob Pape, who is Merriam’s current mayor.

In recent years, Matier served as the treasurer for the Merriam Drainage District, a 60-year-old taxing entity charged with the regular upkeep of Turkey Creek. The district taxes Merriam, Shawnee and Overland Park residents who live along a stretch of Turkey Creek.

Following his death, the treasurer seat on the Merriam Drainage District is open.

Matier was buried on Feb. 16 at Mt. Carmel Cemetery in Raytown.

His family asks that, in lieu of flowers, you can send donations to your favorite animal shelter.

Online condolences may be left for the family at www.louismemorialchapel.com.