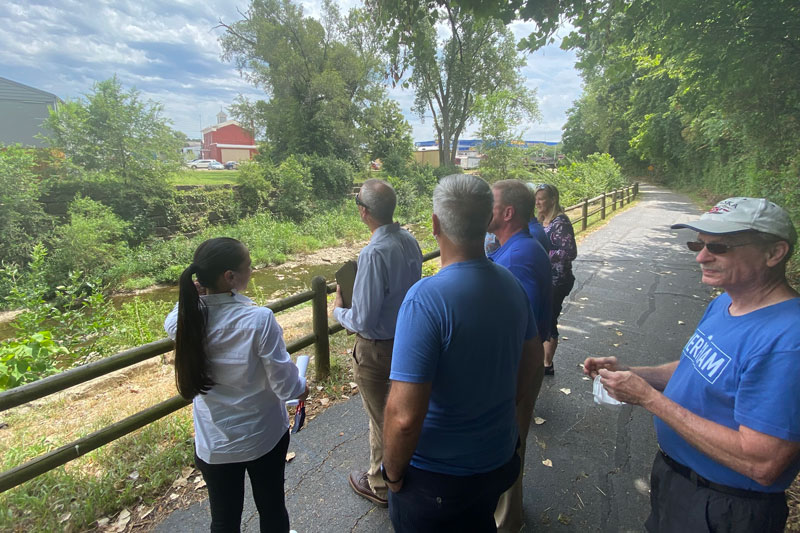 Congress has sent a $1.5 trillion omnibus appropriations package to President Joe Biden’s desk that includes $500,000 in federal funding for a design and analysis project to remove downtown Merriam from the Turkey Creek floodplain.

The $500,000 included in the massive omnibus spending bill will go specifically toward a design and analysis project conducted by the U.S. Army Corps of Engineers.

But that is a far cry from $43 million Rep. Sharice Davids requested for Turkey Creek flood-control development.

Background: City staff asked the federal government in 2018 to renew its commitment to the Upper Turkey Creek Flood Risk Management project. These efforts, in conjunction with the U.S. Army Corps of Engineers, have yet to yield any solutions to the flood risk for businesses downtown.

The U.S. House of Representatives ultimately passed an appropriations bill three months later that dedicated just $500,000 to the project.

The Senate passed a final compromise version of the legislation last week.

Key quote: “We are grateful to Rep. Davids for bringing attention to this project, which has been a priority for Merriam for years and is really critical to our local economy,” Merriam City Administrator Chris Engel said. “The risk of flooding prevents reinvestment by existing businesses, has driven away potential new business interest in our downtown area, and threatens residents’ homes. Rep. Davids’ federal funding request and its subsequent approval in the House and Senate will kickstart efforts to move downtown Merriam out of the floodplain entirely, improving safety and attracting development.”