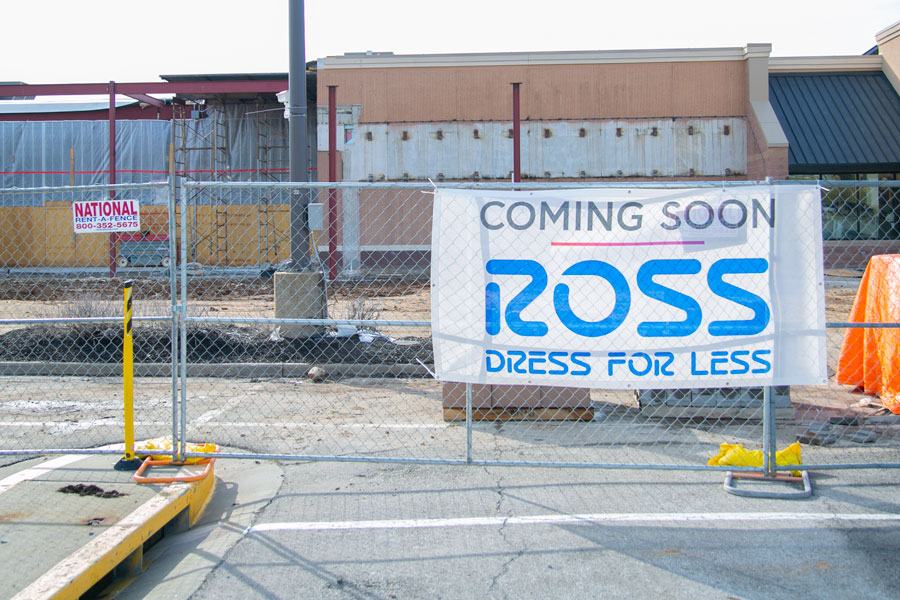 Construction of a new Ross Dress for Less, a national discount clothing retailer, is underway at Merriam Town Center.

Why it matters: The department store chain is taking over half of the former Hen House Market at 5800 Antioch Road.

When Hen House closed in 2018, it left the city of Merriam without a grocery store.

Background: The former grocery store sat vacant for years until two retailers, including Ross Dress for Less, came into the picture last year.

Bob’s Discount Furniture announced plans to occupy the north half of the former grocery store in early 2021. Bob’s opened in September after months of renovations.

Ross Dress for Less announced its new Merriam location — which will take over the south half of the old Hen House —in September 2021.

Neither Ross Dress for Less nor Site Centers, the real estate company that owns Merriam Town Center, immediately responded to a request for comment for this story.