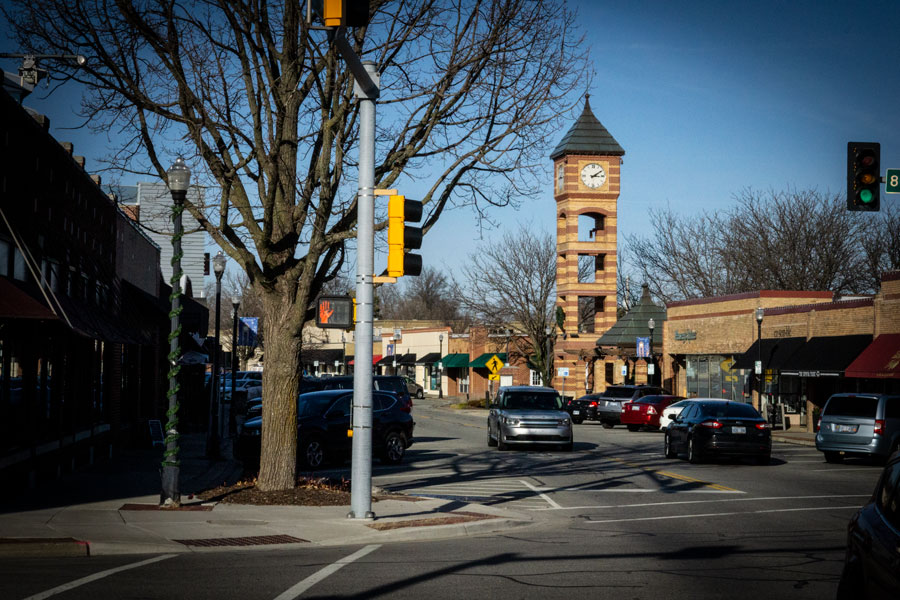 In the early days of the COVID-19 pandemic, Johnson County received $124.3 million through the Coronavirus Aid, Relief and Economics Security (CARES) Act. The county spent the largest portion of the funds on payroll expenses, closely followed by small-business assistance and costs associated with COVID testing.

In the early days of the COVID pandemic, millions of taxpayer dollars flowed into the Kansas City area through the Coronavirus Aid, Relief and Economics Security (CARES) Act.

As part of a series following CARES Act money through the Kansas City area, The Beacon already explored how Wyandotte County, Kansas, and Kansas City, Missouri, spent their respective $37 million and $32 million allotments. Next up, we’re taking a look at how Johnson County spent its funds.

With a $116.3 million direct payment from the U.S. Treasury, Johnson County received nearly as much as the similarly sized cities of Detroit ($116.9 million) and Boston ($120.9 million).

When combined with nearly $8 million it was also granted from the state of Kansas, Johnson County narrowly edges out Jackson County, Missouri, which received $122.7 million from the federal government. Its whopping allotment is larger than the combined total of five other local counties.

Here is a breakdown of how Johnson County – the richest and most populous county in Kansas – spent $124.3 million in taxpayer funds.

Authorized in March 2020, the CARES Act set aside $150 billion for the Coronavirus Relief Fund (CRF), among several other stimulus programs that you can read more about here.

For the purposes of following local government spending, The Beacon is focusing specifically on the CRF.

The fund allocated direct aid to “prime recipients.” These include tribal governments, states and local counties or cities with 500,000 or more residents. The funding was proportionate to their populations.

From there, prime recipients could dole out funds to smaller governments and organizations, known as “subrecipients,” which could pass funding to lower-level subrecipients and so on.

Federal officials set an initial deadline of Dec. 30, 2020, to spend all CRF money. However, then-President Donald Trump authorized a one-year extension three days before the original was set to expire.

With a population of more than 600,000 residents, Johnson County qualified as a CARES Act prime recipient. As a result, the U.S. Treasury issued the $116,311,034 payment to the county in April 2020 – months before many other local governments saw any stimulus money.

Kansas received its $1.034 billion allotment at the same time, but state officials deliberated over how to disburse the funds.

State public records show Gov. Laura Kelly’s Strengthening People and Revitalizing Kansas (SPARK) Taskforce – created to oversee pandemic spending – decided to set aside $400 million for county governments. Of that, $350 million was disbursed based on population and the remaining $50 million went to a special “impact fund” for counties particularly hard hit by COVID cases or unemployment.

Johnson County qualified for $7.98 million from Kansas’ impact fund based on its 10.5% unemployment rate and a COVID case rate of 1.4 cases per 1,000 residents, according to a June 2020 SPARK report – even though both those figures were lower than the state averages at the time.

Johnson County’s financial records show significant spending differences between its federal and state-issued funds, likely due at least in part to the timing and reporting requirement differences.

The county’s spending plans for the other $116.3 million covered a lot more ground. Maury Thompson, Johnson County deputy county manager, said that when the county first received its prime recipient payment, Johnson County board members tasked him with developing a plan to oversee spending — a job he soon determined he needed backup to complete.

“I personally went into this process believing that I didn’t need to hire any consultant to help us do that. We could figure this out and could administer it alone,” he said.

Johnson County entered into a contract with Witt O’Brien’s, a consulting agency that advised several municipalities on proper CARES Act spending. The county has spent about $20,000 with the company to date, according to Johnson County Assistant Finance Director Becky Jones.

Ultimately, the county decided on three spending phases for its federal allotment.

First, it planned to spend about 50% on direct reimbursements for COVID-related expenses among its smaller municipalities. They budgeted another 30% for the second phase of community reinvestment programs, including funding for nonprofits and small businesses. Finally, the board set aside the remaining 20% for a contingency fund to adjust for purchases as needed.

Thompson said the process was so successful, county officials repeated many of the same steps when planning out spending for the next major funding package, authorized by the American Rescue Plan Act (ARPA) in March 2021.

Johnson County distributed roughly $18 million to the cities within its borders.

Localities had to file for reimbursements for qualified expenses to get the funding the county had set aside for them. This resulted in small yet consistent payments for most of 2020.

But as the initial Dec. 30, 2020, deadline neared, county officials picked up the pace.

“They had a lot of pressure because of the December deadline,” said Nickie Lee, financial director for Prairie Village. She said that for a city like Prairie Village, which has no health department, it was difficult to ensure costs fit within the strict guidelines.

“We didn’t have a lot of revenue loss from COVID and we don’t have a lot of COVID expenses,” she said. “There are very few things that we can provide directly to residents related to COVID.”

However, when the federal government updated its guidance to allow CRF money to be spent on payroll for public health employees, it opened the door for all Johnson County cities to reach their max allotments.

Records show Johnson County paid out more than $15.5 million to cities in December 2020 – a sharp increase compared to the $2.6 million it disbursed over the four previous months.

Prairie Village ended up spending nearly 90% of the $690,000 in CARES Act funds it received on payroll expenses for public health and safety employees, according to data from the federal Pandemic Response Accountability Committee.

Nearly every other city in Johnson County also reported payroll as their top expense, with the exceptions of DeSoto and Edgerton. The two smaller cities spent the majority of their funds to facilitate distance learning and improve telework capabilities for public employees, respectively.

Reinvesting in the Johnson County community

To oversee the second round of spending – billed as the “community reinvestment” phase – Johnson County entered into a contract with the University of Kansas for $178,000 to help orchestrate the process. Along with a committee of county officials and community members, the team solicited stories from Johnson County residents about how the pandemic had impacted their lives to help guide their spending priorities.

A September 2020 report recapping the process includes a sample of some of the stories, which recall the uncertainty of early pandemic times.

“As a grocery employee working full-time during the Covid-19 pandemic, let me just say: THIS SUCKS,” wrote one resident. “Anti-maskers are running rampant in our community. Along with endangering everyone’s health, they are affecting morale and our mental health at unprecedented rates.”

Many residents also expressed fears of financial instability and frustration.

“Like many families I presume, we’re on the cusp of a new but not unfamiliar lifestyle focused solely on survival,” wrote one resident, who wanted help finding opportunities to earn money without potentially exposing their children to the virus. “We believe there is great strength in community and are looking for an opportunity to lead by example.”

The committee recommended 14 proposals to the county board, including programs to provide job training and housing support.

By the time the initial Dec. 30, 2020, deadline rolled around, Johnson County had recorded more than $61 million in expenditures from the relief money – meaning a substantial amount was left over. Thanks to the nick-of-time extension by then-President Donald Trump, all governments were granted another year to spend their funds.

Records show Johnson County distributed all of its remaining relief funds in 2021, with the total coming out to even higher than its original allotment when taking into account the $1.1 million in interest the account earned.

The final accounting shows Johnson County spent the largest portion on payroll expenses, closely followed by small-business assistance and costs associated with COVID testing. This differs slightly from the norm, according to PRAC. The watchdog organization found the top spending categories for municipalities across the country were economic support, followed by payroll and public health expenses.

Madison Hopkins is the health care accountability reporter focused on the intersection of health policy and people at The Kansas City Beacon. . Her reporting is partially funded by Health Forward Foundation.